Eye in the Sky: So, who's laughing now? 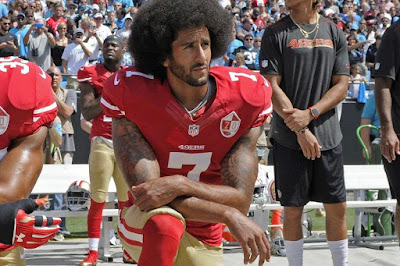 "I am not going to stand up to show pride in a flag for a country that oppresses black people and people of color. To me, this is bigger than football and it would be selfish on my part to look the other way. There are bodies in the street and people getting paid leave and getting away with murder"

I remember it as if was yesterday, when many unarmed Black Men and Women, were being callously murdered by the Police whether its piss poor judgement or racial bias. It's obviously the latter.
Eric Gardner, Philando Castillo, Sandra Bland, Terence Crutcher,
Tamir Rice, Akai Gurley, and many others who have not committed any offenses that would justify being shot or suffocated. Even when they comply in the case of Philando Castillo, they still wound up dead.By the way, these murders occurred under then President Obama's watch.
In fact, it was Barrack Obama who signed the Blue Law, protecting the Police from most accountability. 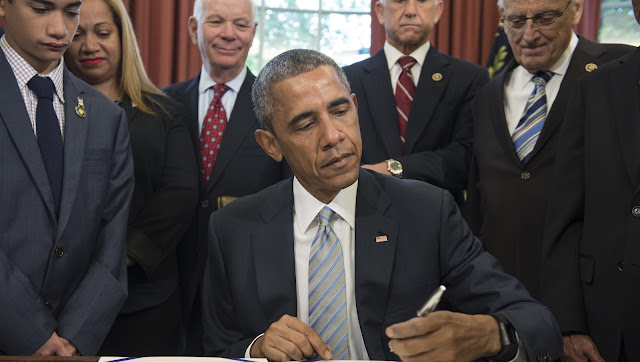 Ayup!
In 2016, San Francisco 49 NFL Quarterback Colin Kaepernick,  sat out during a game and during the  National Anthem, instead of holding his heart, while the national hymn written by Francis Scot Key,  a slave owner, Kaepernick  took a knee as a means of protest , for all the racial injustices committed against Black people. While Kap's noble gesture gained sympathy, praise and support by many, it was also met with disdain and swift backlash from the “, usual suspects". Some, who twisted the narrative by claiming that Kaepernick was disrespecting the American flag or the Armed forces?!?
Because of Kaepernick's actions, he inspired other NFL players to take a knee against racial injustices,  sometime later, Kaepernick was frozen out of the NFL and became a free agent, yet still unemployed until he filed a grievance against the NFL for sabotaging his career.
Again, this was all thanks to dog whistler politics hijacking Colin’s cause. There were even individuals who I once respected, made light of players kneeling by calling it "Bullshit"!
Fast forward to today and after another Black Man was murdered by the Police, Kaepernick's name has resurfaced thanks to the protests not only in America, but also England, Germany, Japan, and a few other countries. The dialog of Anti-Black racism has resurfaced in a major way and there are plans for Police reform and defunding that is under way.
Now, we see many of his detractors walking it back, including N.F.L. Commissioner Roger Goodell had apologized for his "misgivings".
Even Republican Mitt Romney is walking in solidarity with the protesters, while former linebacker turned "actor" Terry Crews is calling out "Black Supremacy "? Nigga, please!
While Mr. Kaepernick was certainty not the first Athlete to protest racial injustices, (Muhammad Ali) he will not be the last! In times of uncertainty, it takes one Man or Woman, who can make a big difference to social change regardless of backlash or repercussions. Colin, once revered, is now a living symbol. We, especially the Black media and conscientious warriors, had his back throughout his plight and its paid off as predicted. The tide has turned and the bad guys are on the run , at least for now.
Despite all the Mea culpas, police accountability and discussions of racism, we still have a long way to go. As of this writing, there were two more incidents involving police officers.
No, we do not have to kneel, but instead stand proud, clenching raised fists in the air. All while staring the systemic racism and state sanction murder of White Supremacy in its fucking face! 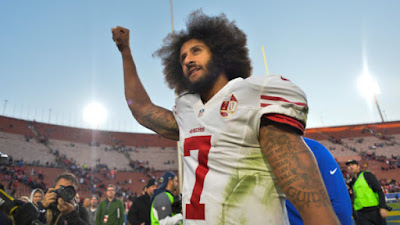