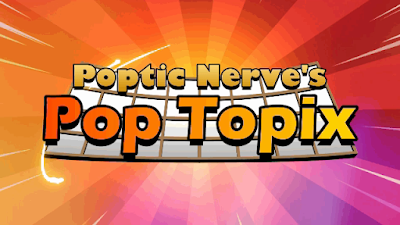 Other than Covid 19, the other big news is of course, Pop Culture news!
So here's my pick of the biggest news for the week of May 18, 2020 and they're both DC related!
Every Rose has her thorn!

Ruby Rose has bounced from the Batcave! After completing the first Season of CW's polarizing series, Batwoman, lead "actress" Ruby Rose has made it official via taking a permanent  leave of absence from the show citing health reasons.
According to this statement made by Rose;

“I have made the very difficult decision to not return to Batwoman next season,”
“This was not a decision I made lightly as I have the utmost respect for the cast, crew and everyone involved with the show…I am beyond appreciative to Greg Berlanti, Sarah Schechter and Caroline Dries for not only giving me this incredible opportunity, but for welcoming me into the DC universe they have so beautifully created. Thank you Peter Roth and Mark Pedowitz and the teams at Warner Bros. and The CW who put so much into the show and always believed in me. Thank you to everyone who made season one a success – I am truly grateful.”

While filing a scene which required stuntwork, Rose suffered from a serious injury on the set that left her nearly paralyzed. On top of that, she claims to be  going through Mental health issues.
But wait!! An insider on the production set made this comment that sheds more light on Rose's abrupt departure.
“It wasn’t 100-percent her decision,” according to an unnamed source working on Batwoman.  “It was a breakup. She wasn’t happy working on the show, and did that make her fun to work with? No. So everyone decided it would be in the best interests of the show, and for all concerned, if they parted ways. It just wasn’t a good fit.”
Suggested for Rose's replacement will be an  Actress of the LBGTQ community.  Well, its only fair for diversity's sake plus the kissing scenes would be more "convincing". *Snicca*
Spit-take:
Well, I guess that's reason enough. Despite the controversy over a Tokenized LGBTQ driven Superhero series and Ms. Rose's acting credibility or lack thereof, Batwoman stands as the highest rated Arrowverse program aside from The Flash.
Here's wishing Rose the best and even better, more acting lessons!
ReUnite the Seven! 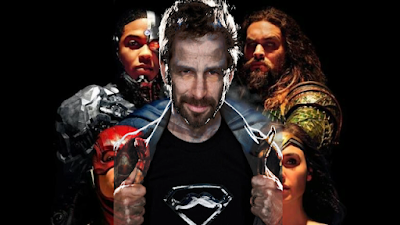 HBO Max unveils plan for Justice League The Snyder Cut!
After receiving word of an unfinished and unreleased Justice League footage directed by Zac Snyder, Warner Brothers took heed to the cries of many DC fans who demanded to see the entire remains of what Snyder left, behind. (Due to an unexpected death in the Family.)
Justice League: The Snyder Cut will make its debut sometime next year courtesy of HBO's newest streaming platform HBO MAX.
Spit-take:
I'm curious to see whether or not, we'll see a glimpse of Darkseid or with Zac's nihilist take on the Superhero ensemble film, will he go as far as Batman killing more criminals if not get raped as Snyder once played around with the idea if (Bruce) Wayne being sexuality assaulted in prison prior to becoming Batman?And what about Henry Cavil's CGI 'stache'? 😬
Empire@ 40!

1980 was not only a new decade, but a new beginning for Cinema.  While it’s obvious that the 80's was the breakout decade of popular culture from Movies, Television, Music and even trends, there was one film, that ushered a new wave of Summer blockbusters! And it is a goddamn sequel!
"A long time ago" Star Wars Episode V The Empire Strikes Back, premiered exactly around this time 40 Years ago, continuing the classic narrative of good vs evil under the guise of its Space Opera trappings.
The main protagonist Luke Skywalker sees the apparition of his mentor Obi-Wan Kenobi, urging him to seek Yoda the Jedi Master who instructed Ben as his apprentice.

This leads Luke on a separate quest from the others, while Han, Leia, Chewbacca and C3PO try to evade capture by the Galactic Empire to draw Luke out into the open.
What I really loved about 'Empire' is the creative and dramatic components found within the story content. Be it the undercurrent romance between Han and Leia finally reached its apex within the 3rd act, immersive set pieces like the Dagobah forest where Luke learns the way of the force. Lucasfilm really brought unparalleled magic courtesy of practical, yet stunning visual effects!

I can remember gazing at the splendor of Bespin, the City above the clouds
or the memorable scenes, be it the Rebel Base assault on planet Hoth or the Asteroid field all accompanied by John Williams' brilliant soundtrack, that really compliments the film and, in my opinion, still his best score!
If that was not enough, Empire was Star Wars' inclusion of a Black character, Lando Carrisian played by Colt 45 pitchman and Ladies man Billy Dee Williams who was cool and suave yet, had an ulterior motive that no one saw coming.
This sequel stood out among the others, because of the story themes i.e. Betrayal, regret, love, loss, and redemption left a huge impact on unsuspecting Movie goers especially when getting sucker punched by a dour ending.
Oh, and that certain revelation.

Those who were not alive to see Empire Strikes Back, missed out on an exciting theatrical experience especially now when Disney has released a lackluster trilogy that pissed on George Lucas' legacy.
Sure his prequels can't compare or compete with his first three Star Wars films, but at least they were his passion project instead of a blatant rip-off. Looking at YOU, JJ Abrams!
May 1980 as well as the rest of that decade, was a great time to be a kid!
Happy 40th!

Rank and File: Ranking my favorite Star Wars films, Pre Di$ney of course!
1.Empire Strikes Back Episode 5
2. A New Hope Episode 4
3. Return of the Jedi Episode 6
4. Revenge of the Sith Episode 3
5. Attack if the Clones Episode 2
6. The Phantom Menace Episode 1
You can watch the entire Star Wars saga on Disney's streaming service in all it's UHD glory, or just buy the Blu Ray Steelbook, like yours, truly. 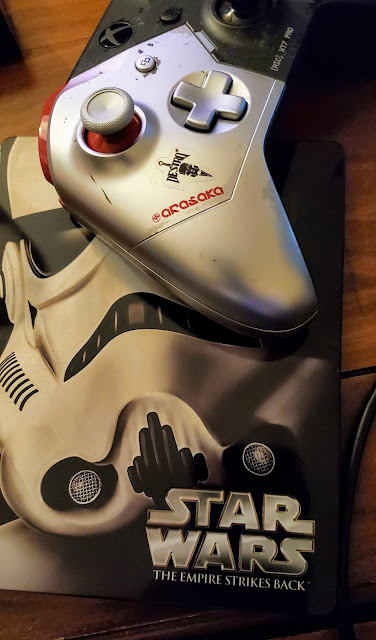 Well, that's all what's newsworthy.
Have a great Memorial Day Barbecue, and save a Burger and some chips for me!