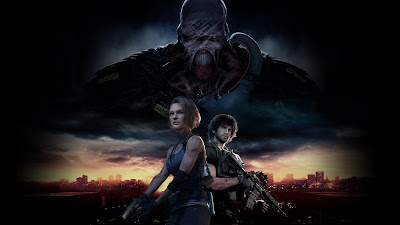 First off, I love the Resident Evil series since the original Playstation version back in 1996.
Most of the games were pulse pounding thanks to the haunting setting, bizarre creatures, unraveling corporate conspiracies, sound effects, amazing soundtrack along with solving puzzles while dealing with supply management when faced with stressful situations. Thus, deserving of the catchphrase, "Survival Horror". 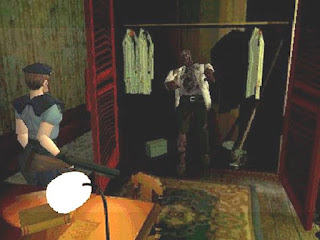 Ever since 2002, Capcom has given its cash cow Resident Evil, the remake treatment starting with the first and still the scariest of the series.
While REmake Evil was a bonified success for Nintendo's Gamecube, the publisher went forward with a different approach for future Resident Evil games that have abandoned its survival horror roots in exchange for over the shoulder action with plentiful ammunition and more bizarre monstrosities. 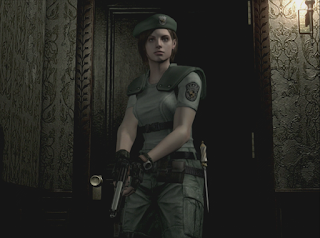 This new implementation was even a much bigger success than the first remake. The gameplay mechanics carried over to Resident Evil 4. 5 and the much maligned 6, that placed too much emphasis on Hollywood action, scenarios and set pieces. 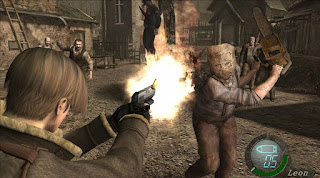 Realizing their errors, Capcom literally walked it back with Resident Evil 7 reverting back to the OG Survival Horror formula. And while RE7 received critical acclaim, there were plenty of fans who didn't care for its first-person perspective. 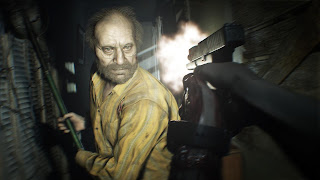 The developers at Capcom had gotten wind of a fanmade adaptation of Resident Evil 2, which featured better graphics compared to the PSX version but with familiar gameplay as in over the shoulder. Soon afterwards, Capcom took the ideas from those underground programmers and announced; "We do it"! 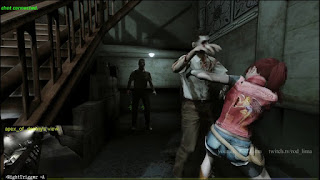 The warm reception if the Resident Evil 2 remake, encouraged Capcom's follow up; Resident Evil 3 (Nemesis) which debuted a year after REmake 2.
And the release timing is a bit strange now that we're in the middle of this pandemic. 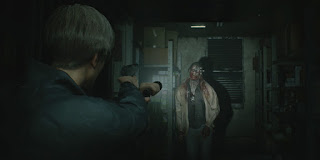 So, is this graphical overhaul of a cult classic game worth paying $60 bucks? Well, that's up to you.

The game begins on a promising start via a cgi cut scenes mixed with  real life footage followed by one of our favorite RE protagonists,  Jill Valentine being pursued by the hulking Nemesis who if Mr. X is the Jason Voorhees of this series, then Nemmy is the Terminator, an unstoppable killing machine with an assortment of  weaponry. Some gameplay footage video courtesy of yours truly down below.↓↓

What I loved about the original Resident Evil 3, was its self-contained pre apocalyptic setting which continued where the events of RE 2 left off. Instead of having two major characters, the narrative solely focuses on Jill's "last escape", which was the Japanese title instead of "Nemesis", and I would be remised if I didn't mention RE3's cinematic influences , not limited to Zombie films, but now we're talking about Terminator, Return of the Living Dead and based on the atmosphere, my favorite film, Escape from New York.

Jill gets a total makeover, courtesy of the RE Engine. She's more emotive than ever via life like facial expressions and a more suitable outfit because, who in their right mind would choose to wear a mini skirt, when trying to get the fuck outta dodge during a Zombie outbreak?!?

Yes, for you nostalgic purists out there, you have the option to play as halter top and high boots Valentine, but for me, this is the way to play!

While navigating your way through Raccoon City, you will face plenty of jump scare situations especially when it comes to zombies busting out of doors or just playing possum sometime after putting 4 to 6 rounds in em.

As with the OG RE3, you get to play as Umbrella mercenary Carlos for a short minute or two and what I found entertaining about his playthrough is  revisiting the RPD precinct from RE2  with familiar enemies and even the somber save room score is back.
The stage at Spencer Hospital is another example of how well the developers had bumped up the scares with a darkly lit atmosphere full of “shamblers” and much worse! Some of the stages are less linear than the previous games as you get to make your way around a limited Raccoon City in order to accomplish a few objectives. But unfortunately, the game appears to be too short compared to the RE2 remake.

Although Jill's dodge mechanic carried over from the OG RE3, another feature that's been left behind, is the rile playing aspect of choosing which action to take when prompted. Also, no multiple epilogues.

Equally disappointing is the omission of Mercenaries mode, where you get to play as one of the UBCS Mercs, fighting your way out of a Zombie infested Raccoon City.

This minigame has been swapped for RE Resistance in turn and personally, I didn't care for Resistance which looks like Resident Evil meets the Saw movie franchise. Hopefully, Capcom will listen to our pleas and bring it back or even include a chapter featuring Marvin. At least in this game, we know how he got infected and what happened to Brad Vickers after the Mansion incident, but told from a completely different narrative. 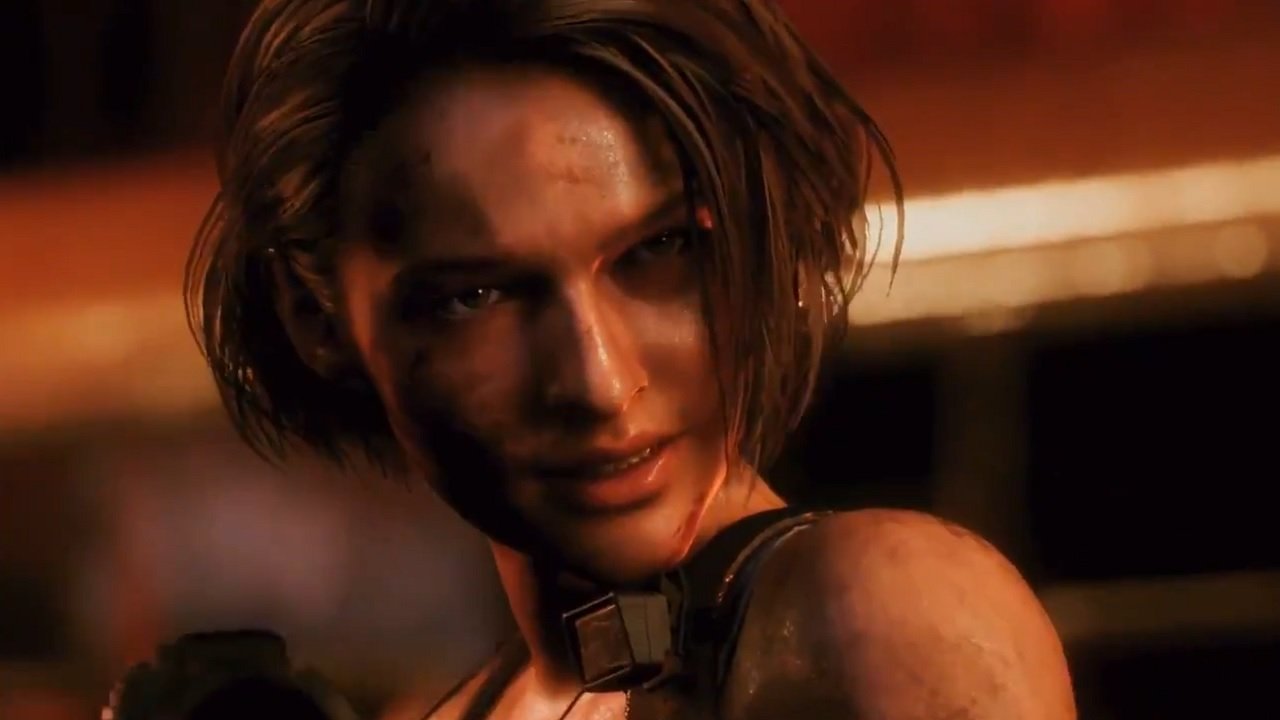 But in the meantime, you can always the survival horror DLC for Resident Evil 2.
So, by weighing the pros and cons, I would still recommend buying REmake 3.  despite its flaws, Resident evil 3 is still a fun, experience. Thanks in part to the revised script and improved voice work. Jill has more convincing lines and reactions than the b-movie dialogue from the original version. The scary atmosphere and ambient lighting within Raccoon City gives it a life unto its own.

Although RE3 is more focused on action, it has a fair balance comparable to both RE4, RE5 and Revelations. The boss encounters as in "Nemesis", is one of the better highlights that demands ammunition conservation.

Once again, Capcom delivered even if there were some items missing from the overall "package ".

Wait for an eventual price drop if you really want to get your money's worth! 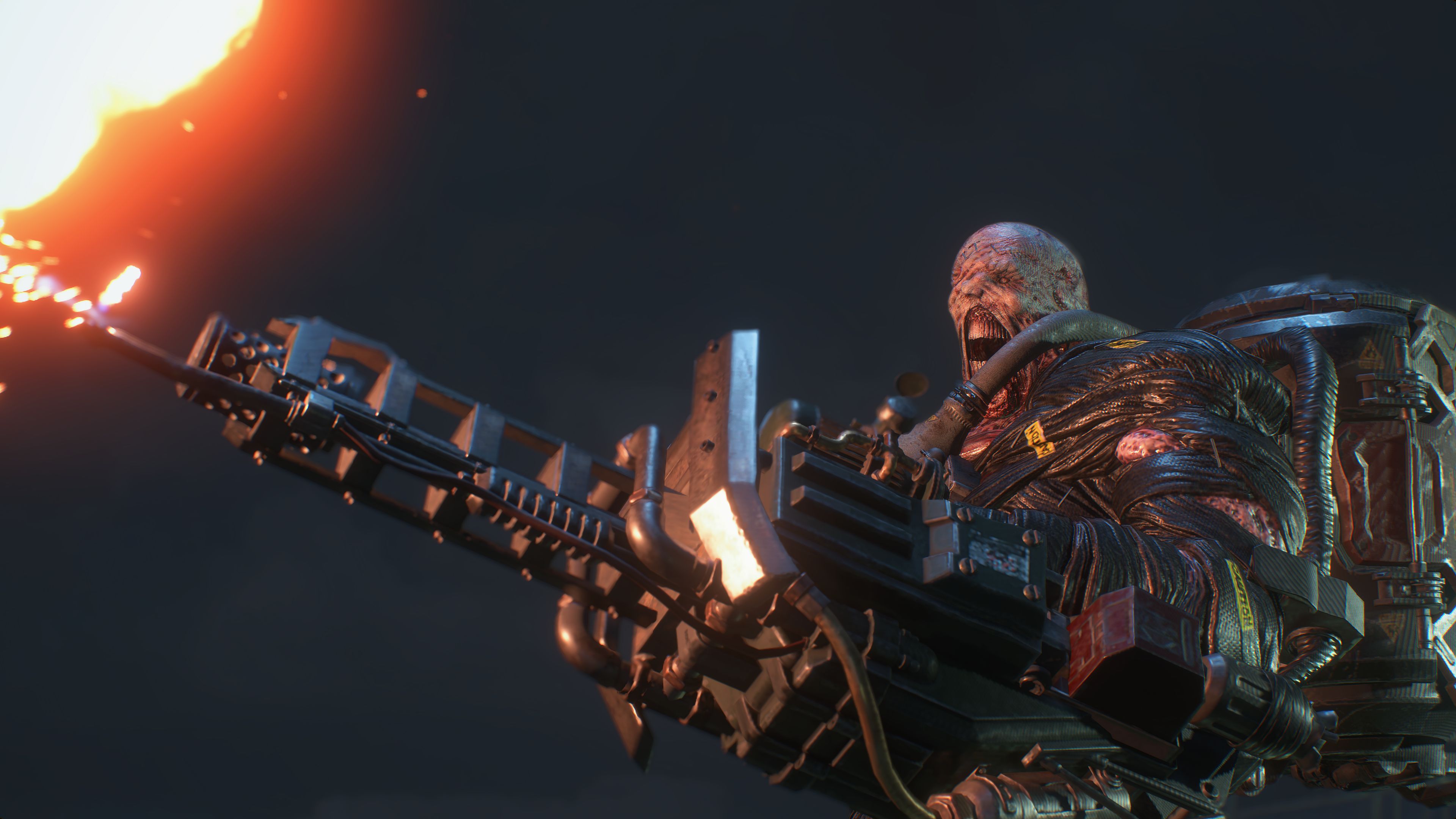 Now with that out of the way, it’s important for everyone to continue practicing safe hygiene, by washing your hands! While the events of Resident Evil are fictional, the "C Virus" isn't.  Stop the spread! Wash yo hands!