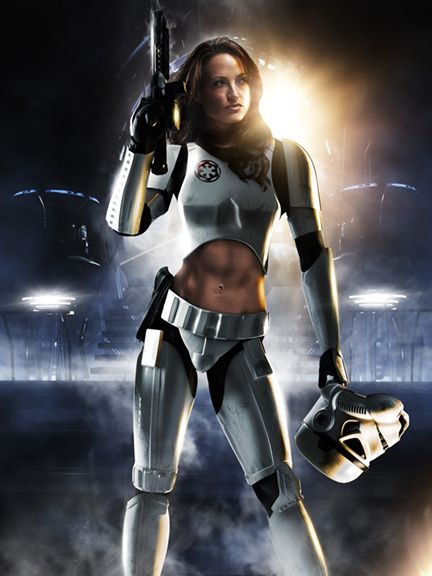 You heard it here first..well actually no, since this news has been making its rounds since yesterday!
In more efforts to embrace diversity, the “House of the Mouse” has tapped Leslye Headland co-creator of Russian Doll, as the writer and showrunner for Disney Plus’ latest series set within the SWU as in “Star Wars Universe”. Aside from being an action thriller which may include martial arts with perhaps female protagonist(s) there were no further details at this moment.
Other SWU projects include season two of the popular Mandalorian series as well as another Star Wars prequel based on Cassian Andor of Rogue One: A Star Wars Story. (Y'know, the best of the "Disnefied" Star Wars movies.)
There was mention of Ewan McGregor reprising his role as Obi-Wan Kenobi, for a possible series but nothing has been official confirmed as fans as pre-production is concerned.

So, is anyone excited for a female led Star Wars show? Eventually, Disney will work its way down with an LGBT, amputee Mexican One eyed One horned flying purple people eater series. After witnessing Black and Asians within the Empire *Cough*RiseofSkywalker*Cough* anything is possible!