The Sega Genesis despite its huge popularity, was considered an underpowered console when compared with the likes of Super Nintendo, which not only had innovative graphical features at the time, but a great array of first and especially, third party support.

Konami, was among the big guns of development and game publishing, with Capcom who has supported the Genesis or "Genny" (as I refer to the console.) since its launch courtesy of arcade ports like Strider, Mercs and now Street Fighter 2!

The Genesis was not really a match when it came to graphical superiority,  but after two years since their rival, the SNES had  gained a sizable following from the gaming public, began new methods from savvy game developers, who would make the best use of hardware that seemed "dated".

Games like Ranger-X, Shinobi 3 and especially Treasure's hit, Gunstar Heroes, proved that Sega didn't need to come out with a whole new console, when programmers can make use of what's available.

Konami inked a deal with Sega to produce at least three games for the first 8 bit system, while one was a tentpole for a new intellectual property, (Rocket Knight Adventures) the other two were reimagined titles based on their most popular franchises. 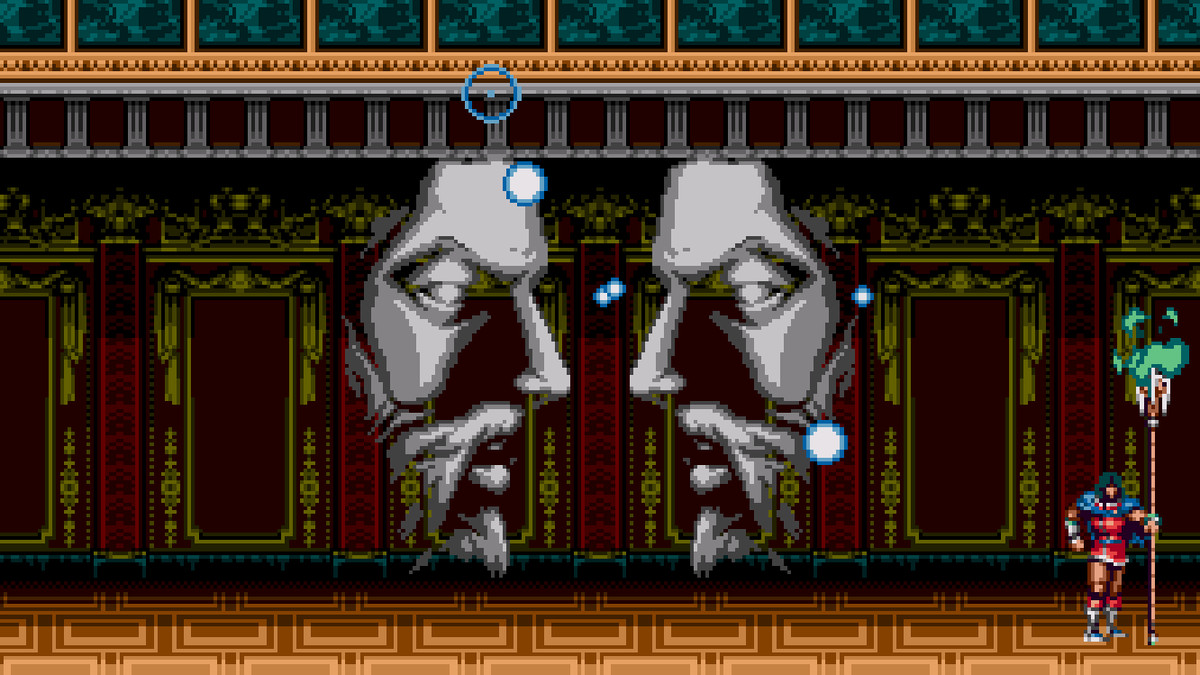 Castlevania Bloodlines, was Konami's chance to get their feet wet which resulted in a "tidal wave" of critical acclaim! Bloodline's setting took place in an era, far ahead of the 16th Century trappings from the previous Castlevania games and what's even more interesting, is that you have two characters to choose from with different playstyles.  The graphics may have not necessarily contained the same quality of that of the SNES, however, the animation and scaling of sprites, especially when it came to boss battles, were damn impressive that some thought a special ram or megabyte was implemented within the game cartridge. This wasn't the case.  Again, clever programming.

HAM, short for "Hold And Modify" was a revolutionary technique, making the most out of the underpowered console.

Now, as for the other title, well let’s just say that this series along with Metal Gear, was the catalyst of why I became a gamer in the first place!

Contra Hard Corps, is both a spiritual sequel and successor to SNES' Contra: The Alien Wars, with the same white knuckled gameplay when blasting aliens. But there's one or shall I say two things missing- No Bill and Lance the original protagonists from the Contra games since day one!

No, as with Castlevania Bloodlines,  who ditched Simon Bemont as the lead, Hard Corps has not one or two, but FOUR characters with features, personas and weapons different from each other and this is great for replay ability aside with the game's inroads that allow you to choose your own path leading to positive outcomes or less than fortunate circumstances, depending on the option you pick, when prompted.

Contra Hard Corps take place sometime after the events from Alien Wars. With the Red Falcon menace defeated, scientists have collected the alien DNA-Mother Cell, for research or harvesting for the sake of improving the quality of life if not advanced weaponry.

A terrorist group led by Deadeye Joe, are out to cause disarray and capture the cell for their own purposes. 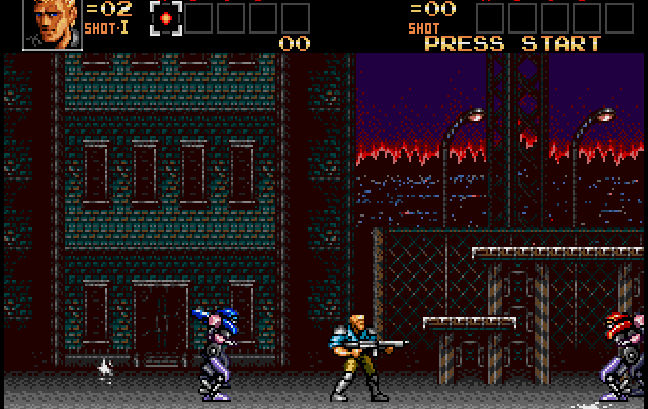 In comes the Hard Corps, a quadrant of four Law enforcement super soldiers.  Ray Poward is your basic blonde-haired heroic template, while Sheena, the first female antagonist in the Contra series, has a great assortment of ordinance, be it heavy blasts or high explosive grenades fired in arc fashion. Rounding out the cast is Brad Fang, half human, half wolf and the rest, cyborg and then there's Browny, a pint-sized robot that fires some coil, causing massive damage on impact.

Each character presents new and engaging patterns that are essential to completing this game. All I can say, is that the best way to beat this extremely difficult game,  is to experiment with each character to find out whether or not, you're comfortable with, because Hard Corps literally throws everything at you and those one hit kills with limited continues, might give one that sudden urge to rage quit while hurling your controller at the screen, especially during the boss battles, whose designs and concepts go beyond imaginative if not paying a modicum of homage to John Carpenter's The Thing! 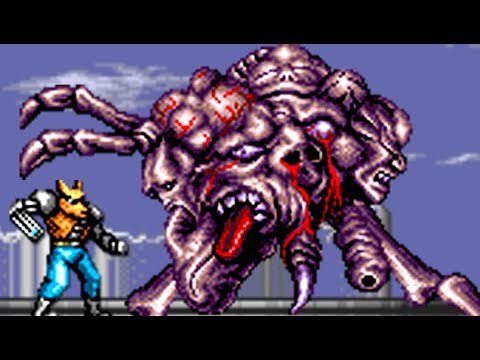 Fortunately, you can switch weapons on the fly and the newly implemented slide mechanic is ideal when avoiding close attacks. What's also new, is the ability to fire while being stationary. Despite not having a life bar like the Japanese version or the omission of the infamous Konami code, with a little practice, you will beat this game and all four if it's alternate endings, like I have!

Hard Corps is also a landmark for actually having a story within the gameplay. The dialogue provide by the protagonists and their enemies, unveil a plot that is a mix of action with a modicum of conspiracy tropes, adding more depth to the game. 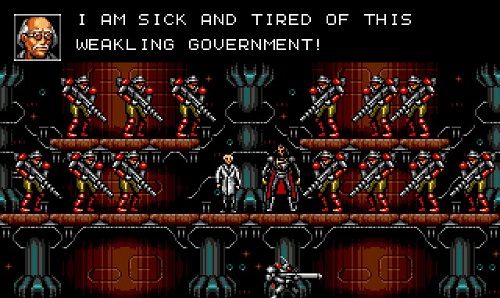 Speaking of depth, the soundtrack itself, is a major component to Hard Corps. There's the up-tempo theme during the first stage that evolves into this funky synthesizer track during the first boss fight with a killa score titled; "The Last Springsteen" as the final battle. I can't really think of any shortcomings aside from the brutal difficulty, but for a first and final Contra game on Sega's venerable platform, it sits within its rightful place among the best Genesis games and personally, my favorite of all the Contra games. 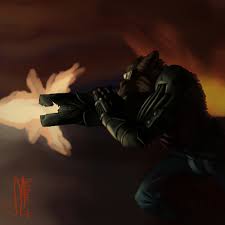