Comic Conned? My day at the New York Comic Con.

So, now that the 2019 New York Comic Con is over and done with, I’m
left with a few thoughts, impressions or lack thereof.

My friends and I met up at the Jacob Javits Center around Friday afternoon and to my ignorance, I assumed that the Comic Convention would not be as packed when compared to Saturday. Man was I wrong! It was heavily congested to the extent, that it took around 20 fucking minutes to walk across the other side! 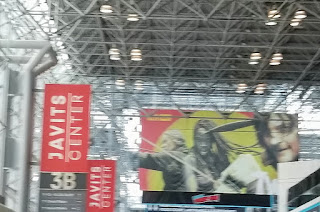 There weren’t any celebrity sightings and as for that Watchmen screening, it for a raffle entry only! Fuck HBO, bad enough they released a questionable Documentary about Michael Jackson after he has been long dead in his grave, but now a raffle for the Watchmen that might be a dud? I'm cancelling my subscription so wake me up when this WarnerMax streaming platform is available! 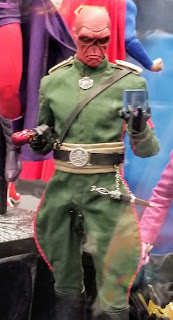 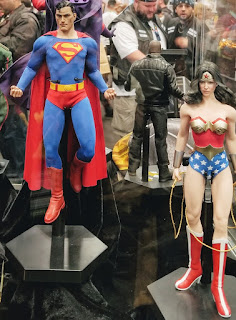 What began as a gathering of Comic book dealers is now a showroom for figures, Anime, Videogames and booths full of T shirts and various collectibles.  It's practically a giant salesroom! 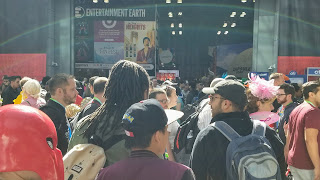 Despite all this, I walked over to the Artist Alley to see if my favorite living artists, Michael Golden was around. Sadly, it's been two years since my friend and unsung influential writer/artist, Rick Buckler had passed. The Comic Conventions' Artist lane where Rich used to sit felt somewhat hollow, now that he's gone.

So, I asked Mike, who now looks like Brian Cranston since he shaved off his beard, whether he still had any remaining Micronauts prints left. And to my disappointment, "no".

Okay, I assumed that since Hasbro/IDW has ownership of the license, he is not allowed to sell any further prints. Well, I proceeded to ask, if he had the cover art of some Escape from New York Comic he did almost a decade ago, and he told me that as a favor to John (Carpenter ) he had given him the only rendition, meaning the original artwork, no copies, etc.

These two photos were not taken from me, but there's Larry, Chris and Mikey!
Needless to say, I walked away empty handed. So, as time passed, we checked out many of the booths and a few exhibitions and that was it....right after we left, I had forgotten that the Jack Kirby Museum was located in isle 907!!!

How could I have forgotten to visit the exhibition dedicated to not only, my favorite artist, but one of the most prolific pioneers of Comics as well as pop culture?!?

Y'see, this is what happens when you don’t get enough sleep or feel discouraged from fighting your way through hordes amongst hordes of Geeks!

So, that was the sum of my experience at this year's ComicCon.
Many of you may ask, " is Comic Con still worth going to, these days"?

Well, if you happen to live near San Diego, fuck yeah! That's where all the big guns show up while NYC get the leftovers and scraps. 😕

But to me, the highlight was hanging with my peeps and of course, the amazing effort and talent, the Cosplayers have displayed.
Props goes out to them for making this year's NYCCC more of a cool experience. It's still a great event where so many from different backgrounds, can celebrate all the wonderful things, Geek.

The next time, we'll choose Thursday or Sunday in order to avoid the crowds including a long line towards the Men's room! Bladders be damned!!😅 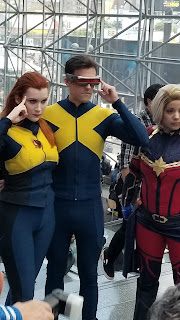 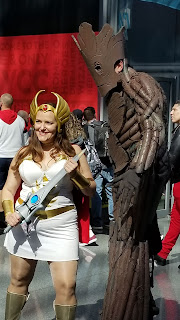 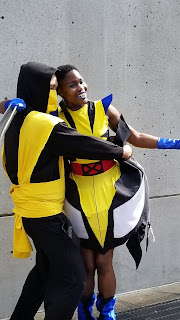 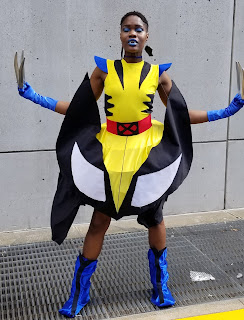 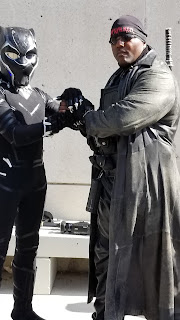 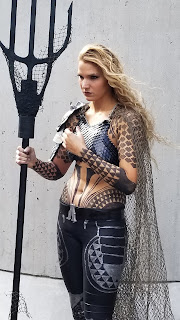 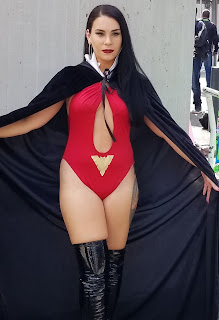 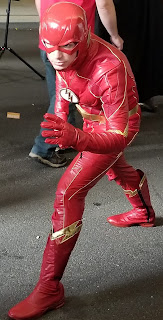 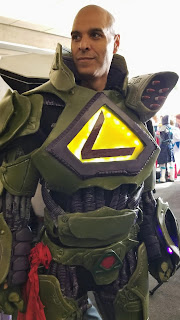 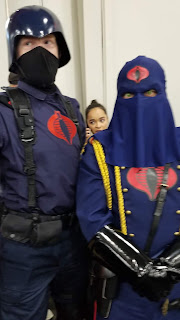