What the Chuck?!? Another planned G.I.Joe spinoff is in the works! 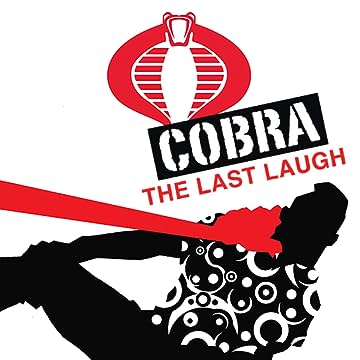 Following Snake Eyes, which is slated for release in 2020,  while the next spin off bears no title or further information, one of the characters involved, is "Chuckles",  an 1987 action figure from the Joe line, whose specialty is Undercover operations,  like infiltrating the Cobra terrorist organization behind enemy lines! This ominous “casting” suggests that the film’s narrative will involve other obscure characters such as Shockwave, (Swat specialist) Lady Jaye, (Covert Operations) Quick Kick, (Silent Weapons)  Scarlett, (Counter Intelligence) and Mercer (Former Cobra operative, turned mercenary) that’s if they’re going for that Mission Impossible concept. And speaking of which, Josh Appelbaum and Andre Nemec, who wrote the screenplay for Mission: Impossible: Ghost Protocol, will be responsible for writing this ensemble piece. The two writers are best known for their television credits, like Alias and based on their work featuring undercover situations and spy ops, Nemec and Applebaum are a good fit for this project. Hopefully, it will retain the spiritual roots of the Marvel and IDW comics without any kid friendly tones. As one who grew up on this franchise, this sounds promising. Will it be based on IDW's  Cobra: The Last Laugh?
We'll eventually find out.