Showing posts from August, 2019
Show all

Monday Morning Paperback: OMAC: An Army of One! 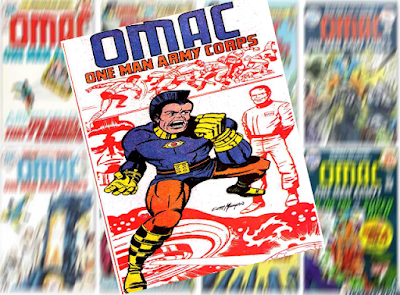 In honor of Jack Kirby's Birthday, I have dedicated this article to one of his most unsung innovative comics after the King’s first exodus from Marvel. The subject of this week’s Monday Morning Paperback goes to Omac who as of this writing, turns 45 today! So, without further ado, enjoy this brief retrospective of not only Jack's awesome short-lived series but one of my favorites among the "Kirby Katalog"! I'm a sucker for high concept ideas be it films, television or comics. So, it's of no surprise that I have often wrote about subjects that may seem obscure to many, yet have a relative cult following. OMAC created by legendary Comic artist -Jack "King" Kirby, is a unique blend of Superhero and Science Fiction published by DC Comics. The premise of Omac chronicles a "Utopian" future featuring the titular character- a superpowered cop utilized for peacekeeping missions  under a international agency.As opposed to dispat
Post a Comment
Read more

Ever since I was a kid growing up in the early eighties, the was a certain intellectual property that helped to redefine that decade. No, it wasn't your go-to comicbook Superhero, nor was it some blockbuster movie. Instead, it was a franchise based on a goddamn toyline! What started as a reboot or resurgence of a beloved action figure of the sixties, became an instant pop culture milestone 20 years later! G.I.Joe A Real American Hero, not only branched out into comics, but a successful syndicated Television series, which along with the 30 second animated spots, propelled Hasbro's toyline to great heights! While the impressive array of figures, vehicles and playsets were a hit among Boys and collectors, idea of promoting the brand via comics, was a brilliant marketing strategy! Sure its been done before with Mattel's Shogun Warriors and of course, Mego's Micronauts, but never to the extent of Hasbro's venerable G.I.Joe series.
Post a Comment
Read more 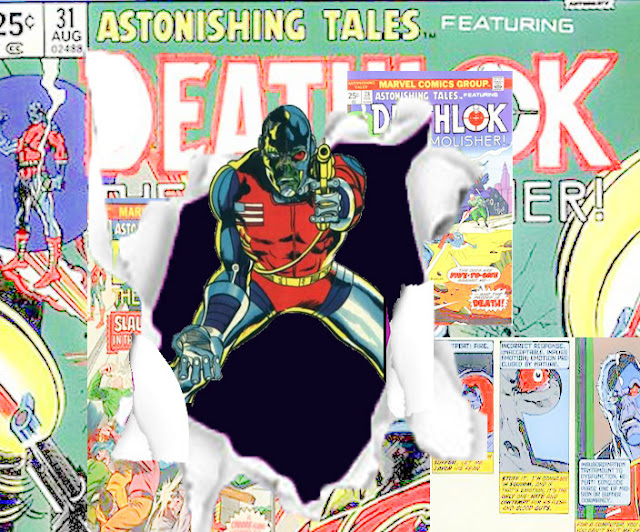 “That's inspired by a great Marvel comic, Deathlok, a guy whose brain and lungs were stuck into a cyborg's body. See, he was to be used as this ultimate killing machine and something backfired." -Dave Mustaine of Megadeth who wrote and performed the song PSYCHOTRON. In honor of it's 45th anniversary, this segment of MMP is dedicated to Marvel's very 1st Cyborg, that “killing machine, that’s downright mean,” and not to mention, one of my favorite Comic/fictional characters of all time-Deathlok. (Originally published in Talkbacker.com 2013) Remastered Review: Contains updated material Cyberpunk:  a  subgenre  of  science fiction  in a  futuristic  setting that tends to focus on a "combination of lowlife and  high tech "  featuring advanced technological and scientific achievements, such as  artificial intelligence  and  cybernetics , juxtaposed with a degree of breakdown or radical change in the  social order During the
Post a Comment
Read more 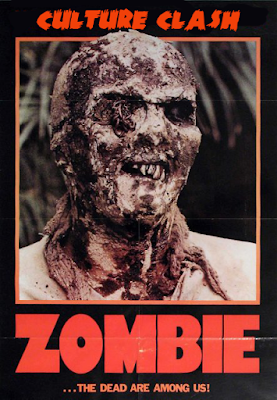 Back during the late 70's George A. Romeo's Iconic sequel Dawn of the Dead premiered to raving reviews along with a huge cult following. In order To capitalize off the success of Romeo's classic, Italian Horror Director Lucio Fulci created what is known as the unofficial sequel or at the very least, a spiritual sequel to Dawn of the Dead , or in Italy, it was referred to as Zombies, ergo the sequel's  Original title, " Zombies 2 " . The plot revolves around the protagonist, Ann Bolwes (Played by Tisa Farrow, yes, Mia's younger sibling!) who attempts to unravel the mysterious circumstances surrounding her father's death. Sometime after a Police Officer was killed by a Zombie, after investigating a Boat dispatched by Dr. Menard from the Caribbean island of Matool.  Ann is then joined by British Newspaper Journalist Peter, who also wants to get to the bottom of the story, by going to the island. And not to mention how
Post a Comment
Read more

What the Chuck?!? Another planned G.I.Joe spinoff is in the works!

Following Snake Eyes, which is slated for release in 2020,  while the next spin off bears no title or further information, one of the characters involved, is "Chuckles",  an 1987 action figure from the Joe line, whose specialty is Undercover operations,  like infiltrating the Cobra terrorist organization behind enemy lines! This ominous “casting” suggests that the film’s narrative will involve other obscure characters such as Shockwave, (Swat specialist) Lady Jaye, (Covert Operations) Quick Kick, (Silent Weapons)  Scarlett, (Counter Intelligence) and Mercer (Former Cobra operative, turned mercenary) that’s if they’re going for that Mission Impossible concept. And speaking of which, Josh Appelbaum and Andre Nemec, who wrote the screenplay for Mission: Impossible: Ghost Protocol, will be responsible for writing this ensemble piece. The two writers are best known for their television credits, like Alias and based on their work featuring undercover situatio
Post a Comment
Read more
More posts