Disclaimer: The following opinion expressed therein is those of the author and does not necessarily reflect the views of the publisher.  Jus sayin. (:'

WARNING: THIS REVIEW CONTAINS SPOILERS. READ IT AT YOUR OWN RISK!!!

We live in an age in which mediocrity and sub-mediocrity are praised like they are the greatest thing ever. It is a very annoying trend that seems to have no end. Whether it is in movies, music, football (soccer) , WWE, comics or literature mediocre or less than mediocre shit is made legendary. History revision at its worst. On top of that, today’s farce is that when a movie makes money it’s a success. So that means if you manage to serve a turd and it makes money it’s a success. The way I see it, if you serve a turd and it makes money, it means that humanity has been more dumbed down than ever and it is all on them. It means we live in the age of the movie Idiocracy.

Just when I thought that Avengers Infinity War was a piece of shit movie along comes Avengers Endgame, I mean Avengers Endscam. The hype for Endscam was insane. That movie would break all records. It would be the best superhero movie ever etc etc. Now that is has been released I really wonder what is wrong with this world. The reviews were super positive, but if we look objectively reality is different. What we are witnessing now is sponsored critics and reality-lost fanboys shilling a movie that is a piece of shit. I hardly read anything negative about Endscam and that is impossible. This is by far one of the worst Marvel Disney movies ever made. It takes quite some skill to invest so much money to produce such a giant turd. And yet the audience ate it up like it is spare ribs or a hamburger with fries.

I read that grown men cried a few times during the movie. What the fuck is that shit? I know society has been pussified but this is next-level pussification shit. All of the grown-men who cried during this movie are not allowed to be called men anymore. They are also not allowed to procreate because you are adding nothing to the genepool. Absolutely nothing.

And how the hell can people call this one of the best movies ever? Have their standards become that low? This is a bizarro world.

So what is bad about the movie? Well, the first thing that comes to mind is that you end on an interesting cliffhanger in the previous movie Inshitity War. So what do you do when you start Endscam? You decapitate Thanos within 20 minutes and turn the Avengers into villainous terrorists. You shit on everything the Avengers stand for. Bravo. Good work. Next to that. How anti-climatic can it be that you chop off Thanos’ head in the first 20 minutes?

Add to that  Thanos destroyed the gems. Why the fuck would he destroy them? Captain America says they have been hunting Thanos for 3 weeks since the finger snap. So Thanos did not expect the Avengers would not try to find him after he murdered all those people? Thanos is a smart motherfucker. He doesn’t do dumb things like that.

Then the Avengers take a 5 year emo-bullshit break and we are introduced to some typical sappy Disney shit. Who cares if Iron Man has a shitty little snot-nosed kid? Half the universe is dead and he thinks about sticking it to Pepper. Wow, what a hero.

And why the fuck did they turn Thor into a fat fuck? That must have been an homage to all the reality-lost fanboys forking over their cash to see this shit and then promoting it as the best thing ever.

Professor Hulk was totally inappropriate. It was bad enough that they turned the Hulk into a bitch in Infinity War, but now they neutered him even more with the Professor Hulk shit.

What did make me laugh is how unfeminine they made Captain Marvel. She was already as unfeminine as fuck, but that new butch haircut made it even worse.

The first 1,5 hours of the movies could have easily been cut out. It served no fucking purpose. If you need 1,5 hours to build a story and it is a piece of shit story, you should be ashamed of yourself.
Now that I think of it. Anything until the big battle could have been cut out. It was just boring sleep-inducing filler.

Getting the gems was such a bore. It was just stretching out the movie for nothing. Surely, they could have come up with something better? Of course not. It is Marvel Disney we are talking about.
They know the audience are corporate motherfuckers and will eat up the shit they serve and twice on Sunday. 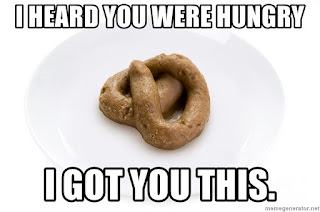 And what the fuck was that shit with Captain America turning old? That was utter bullshit.

Not to mention Lord Of The Rings-ing the ending of the movie.

Iron Man being the one to do the finger snap was even more disgusting. Why does some rich ass lame ass need to save the day?  With this shit Disney brings the message that we all should be thankful to rich people. FUCK THAT SHIT. It would have been much better had Hulk saved the day. That is the least they could have done after making him into a total bitch character.

Ant-Man punching down the space worm was cool. Seeing Aragorn was a good surprise. And the Dr Strange army was an interesting touch. Apart from that there was nothing worthwhile.

Some people called this an epic movie. They must have meant epic-ally boring and  insulting. That is for sure. I feel sorry for how they raped Jim Starlin’s story. Even more sorry that Jim Starlin isn’t at least compensated by Disney for shitting all over his work. No money in the world could pay off the disrespect Disney showed Starlin.

I am glad this shit has ended. I wanted to see how it would play out and Marvel Disney disappointed as usual. Inshitity War, as shitty as it was, should have been the last movie. This was like serving up a portion of topnotch whipcream cake (Inshitity War) and having the most stinking pile of shit as desert (Endscam).

This movie gets an epic 1/10 rating. The 1 is for the things I liked and that is quite a generous 1.

Thank you for putting me out of my misery, Disney. I am never watching any of that Marvel Disney shit again!! 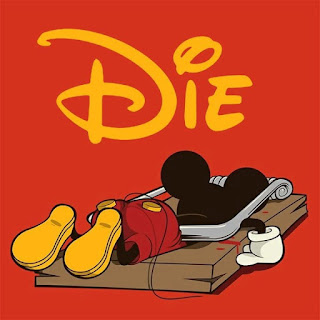