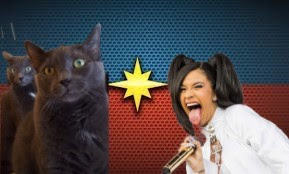 Sky: Say Ollie, now that Black History Month is over and done with, it's high time that we focus on another significant month, embracing another group who at times, are underrepresented.

Sky: No, you silly twink, I'm referring to the opposite sex, as in Women's History Month! Where women all around the world are celebrated for all their contributions to society and mankind.

Ollie: By your definition of "contributions", you meant nagging, enabling, cowardice, arrogance and being catty?😺 And that's just within the workplace!

Sky: Ollie, that wasn't very nice and i'll have you know that our Mother is a Woman! Not to mention that most Women do not bear those traits, (Just a sizable amount.) after all, we don't want this site being accused of being hateful like some idiot once mentioned here.

Ollie: Oh, you mean the "that clown"? Isn't he the same guy calling people "Cucks", a term coined by White Supremacist Richard Spencer and I guess when he's not working, he's on Twitter harassing Black folks?
I dunno, something tells me that he might be the next Anders Behring Breivik.

Sky: Ouch! I guess he's still upset that the Luke Cage series didn’t fall within the old school tropes of stereotypes. And with that being said, at least most of us can find solace in the cancellation of Jessica Jones as well.

Sky: Um, and it shows! Now, onto one of the biggest elephants in the room, no, not Christy Metz from This is Us, I am referring to the big blockbuster Movie, Captain Marvel!
Captain Marvel in spite of its detractors that are labeled as incels, sexists and purveyors of toxic Masculinity, has went on to make a staggering $912 million box office gross. Also it's the first female led film to rake in this much box office revenue. The reviews are often mixed but at the end of the day, it's all about the Benjamins, mate.

Ollie: Hold my half-finished beer, Sky, cause here's my take!

Marvel's Captain Marvel has a somewhat checkered past, first it was a White male who bared that name, who by accident gave Carol Danvers his powers, and as a result, became Ms.Marvel then he died of cancer many years later.

So, a Black Woman assumed the mantle of Captain Marvel during her stint in the Avengers and now Carol Danvers is the only Captain Marvel??

Okay, that's all I got. The movie looks unimpressive but one of these days, I’ll get around to it. I just gotta laugh at the forced agendas Disney/Marvel is pushing. For more on this, read Bop's excellent rant about Captain Marvel. That being said, I'm more looking forward to the OG Captain Marvel...SHAZAM, bitches!

Sky: When we often hear about this resurgence of female empowerment, what often comes to mind? #Metoo, more Women in power, be it the capital or the corporate boardroom?

Ollie: Did you say "bedroom"? Sorry, I misheard. But seriously, Women, especially White Women, always had more of an advantage than say, "Women of Color" or any other minority to say in the least. And to be honest, they have benefited from Affirmative action than the Blacks.

Also, R.Kelly is finally going down thanks to #Metoo and although I can't say whether Cosby is as guilty as they made him out to be, can over 50 accusers be wrong? If not, why the fuck is Harvey Weinstein still walking scott free?

#Metoo is just another bullshit afront, where the Women within that
"Movement" are very selective with who they support and who they go after. And don't get me started on that cow "Mammy Oprah", Kamala Harris and now this arrogant chick!

Sky: Speaking of "arrogant" have you heard about that cheating scandal regarding Actresses Felicity Huffman , Lori Loughlin an how over fifty highly affluent parents paid an instructor,  millions of dollars to fix SAT college exams?

Ollie: Yeah, that sonofabitch Singer even went as far as photoshopping one of the kid's faces on some athlete!

Maybe we should pay him to make some adjustments for this Website.
No offense, Stalks.

Sky: Hah, you got jokes, bloke!
Both actresses and the instructor have been charged based on forgery and likely, they will serve time as in 6 months!

The idea of uneducated privileged individuals getting that free education pass, because they paid their way in?

Now, as John Cougar Mellencamp would say, "ain't that America"!

I hope those Ladies get the book thrown at them! But then again, if Uncle Pauly Manafort can get only 5 years and Jussie Smollett can walk..

Ollie: Never mind how long their sentences will be, since that hypocrite Lori is against Affirmative action, I’m more concerned about what will be on her prison menu, like say, "Tossed Salad" with vinegarate on the side?😹

Sky: You and your dirty mind!

It's unfair how people of colour have to work twice as hard to succeed, yet you have some rich Bitch, pay her dumbass kids to get into a good collage. This is sickening!
Anyway, next topic: "You can't sing that"!

Back then when things were less politically correct, there were plenty of songs that had questionable lyrics however, society has progressed depending on one's definition.
Nowadays, the tunes that many often hummed to, better do it in private.

Here is a list of songs that are in hindsight, either deemed chauvinistic, sexist, misogynist or just bloody creepy as in Bryan Singer, Roman Polanski or R. Kelly "creepy"!

The problem with Women (Fear)

Smack my Bitch Up (The Prodigy)

Ain't no Woman like the one I got (The Four Tops)

I got a Woman (Ray Charles)

Touch me (The Doors)

In the Summertime (Mungo Jerry)

You're Sixteen (You're Beautiful You're Mine)” (Ringo Starr )

Getting Better (The Beatles)

Ollie: Holy shit, Sky, the last three are creepy as fuck! Goddamn Beatles, I knew they were overrated for a reason and John Lennon who wrote "Getting Better" was a hypocrite since he confessed to beating up Women in his past.

Sky: Would he be so hot if he weren't dead? Yeah, he's the prototype of the "Psuedo Justice Warrior".

Ollie: Speaking of musicians, there’s an interesting revelation about foul mouthed Ghetto Princess, Cardi B who out of anger or rather, belligerence, admitted to drugging men after promising to have sex with them, but instead, robbing their dumb asses!

Sky: Ratchet Women are a boon to the community and society in general. Say, how’s about Cardi B's victims come forward so that she can be prosecuted and held liable for civil damages?

Ollie: Ain't gonna happen. MeToo is only after the brothas as far as they're concerned. Plus she's a "role model”, a stripper who rose to the top,  thanks to slipping mickeys to unsuspecting guys who thought they would get dat booty!

Sky: Want to wrap this up, Ollie?

Ollie: Not until I mentioned how fucking awful was Amy Schumer's latest Netflix special "Growing". Ollie: Dunno, I stopped watching after the first five minutes going in.
So yeah, it’s likely to suck ass as Amy is likely to steal jokes from other comedians.

Sky: To end this month, we can all celebrate on the fall of that wretched mongrel Wendy Williams who relapsed into a rehab after her cheating husband knocked up his side piece. Ah, I take such delights when having uncouth Women take a fall.

Ollie: Can you blame her husband for cheating? Look at that face..I mean, LOOK AT THAT FACE!! 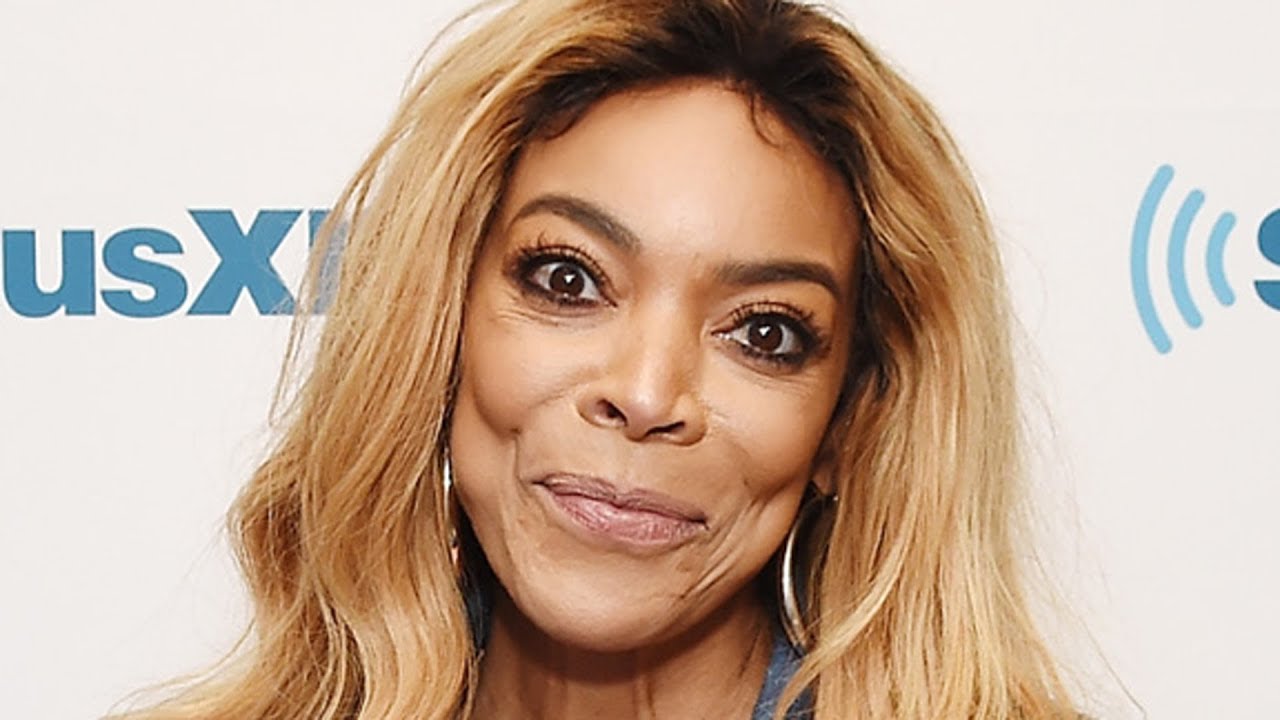 Sky: Not if I want to turn into a statue. Speaking of  ugly, did you hear about how  United States Secretary of Education, Betsy Devos plans to cut funds for the Special Olympics? How cruel, I mean, if that happens, how would that inbred retard Sarah Huckabee enter the Olympics? I'm sure that she qualifies.Anyway, here's to the good, bad and fugly from Women's Month! 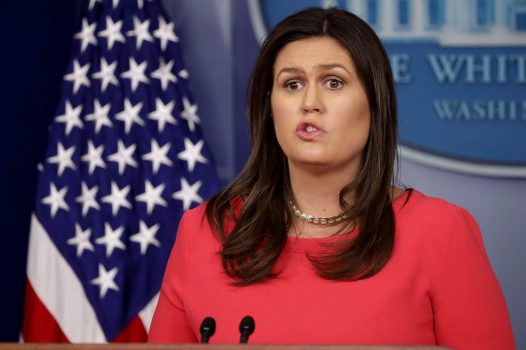