It comes as no surprise that actor Jan Michael-Vincent has shuffled his mortal coil after many decades of alcohol and substance abuse. However, this article’s purpose isn’t about Vincent’s sensationalist past, but instead a shout to his past career highlights.Jan had attended college for three years and would have finished had it not been for a rude registration clerk. After his disillusionment, Jan finished a tour in the National guard reserve in 1967 and at sometime later, became an actor starting with The Bandits, directed by Macho actor Robert Conrad and from there, a handful of television projects. However, my first introduction to him was this little movie known as The Mechanic in which he costarred along with Charles Bronson, as Steve McKenna, a narcissistic assassin who has an hidden agenda when working with Bronson’s character, Bishop. 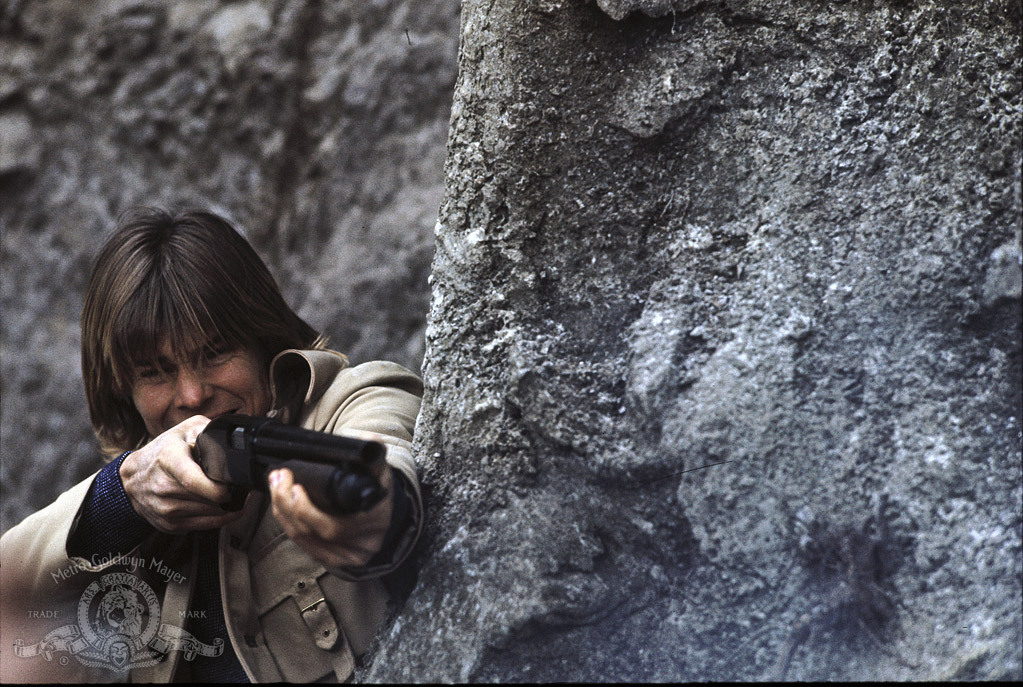 Despite a few negative reviews, regarding the story composition or lack thereof, The Mechanic was praised for its action scene James Bond aesthetics and the infamous twist ending. This film helped to cement Vincent’ s credibility as an action star. He later appeared in Damnnation Alley, a Post Apocalyptic science fiction film Co Starring George Peppard (A-Team) and Paul Winfield (Gordon’s War, Terminator) the film was considered a flop especially when released around the time of this epic film also form 20th century fox called Star Wars. Damnation Alley is mostly remembered for composer Jerry Goldsmith’s score, the futuristic Landmaster vehicle and of course giant cockroaches which leads to the similar trope of black guys getting killed within the first act of a Sci fi or horror film. Um, “yeah”. And of course, Jan Michael-Vincent riding dirtbikes evading giant scorpions.

In 1980, Vincent appeared in the urban vigilante movie, Defiance whereas he plays a suspended navy Seaman, forced to single-handedly take on a bunch of gang members who terrorizes the neighborhood. The film was criticized for Jan’s “White Knight” character riding into a diverse area and saving the day opposed to a Black or Hispanic person assuming full responsibility to combat gang violence within their neighborhood.However, it was less controversial than 1982’s Fighting Back.Not to mention that, The Exterminator also released in 1980, was a superior vigilante film.

What I would consider Jan Michael-Vincent’s biggest success was the hit television series, Airwolf about an advanced military Helicopter (Inspired by Blue Thunder) piloted by Stringfellow Hawke when going after terrorists, pirates, saboteurs and the like. This series along with Vincent, achieved critical acclaim especially during the time of advanced vehicle series i.e. Knight Rider and Street Hawk as well as the resurgence of jingoism throughout the Reagan era. In some ways, Airwolf was a live action G.I. Joe series when you factor in the Ultra-Modern military aspects and espionage scenarios from the Marvel Comic.