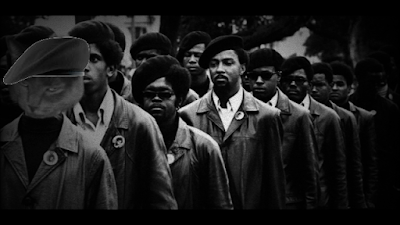 Sky: Hullo everyone, it’s time for another Sky and Ollie special celebrating Black History Month for the year 2019!

Ollie: I had no idea we already done a BHM segment. OH, wait it’s all coming back to me..Pulp Epic, which was supposed to be the successor to Talkbacker.

Sky: Exactly Ols, that's where we had our special cohost, Cat Hitler and after he dropped so many N-bombs, you showed him the door...actually, you showed him right through the door! Good times, mate.

Ollie: Wonder whatever happened to that douchebag?

Sky: Like a small bunch of White Supremacist losers from TB & SN, he voted for Trump!

Ollie: And how's that working out for them?  Well, Hilary Clinton is the same side of the coin, so either way, we're fucked. Ah, anyways, let's get to it!

Sky: Ah, yes indeed! So, February is an important month for various reasons, The Superbowl, The Oscars, Valentine's Day for those who are sappy and buy into the commercialism of Holidays and most importantly Black History Month in which we all celebrate and honour those of colour who made a difference not only in America but abroad!

Ollie: To the ill-informed, their contributions are not limited to Sports, Rap & R&B, but also inventions like refrigeration, the Gatling Gun, gas masks, Traffic Lights and other ideas that were stolen from them. *AHEM*

Sky: Yes and that’s why we're giving a shoutout to BHM however, in this segment, we're going to focus on this February's topics be it the good, the bad and the WTF.

What a month this February has been. The triumphs, scandals and bizarre events are all crammed into the shortest Month of the year.

Is it coincidental that Black History Month happens to fall on February?

Liam Neeson gets taken down! 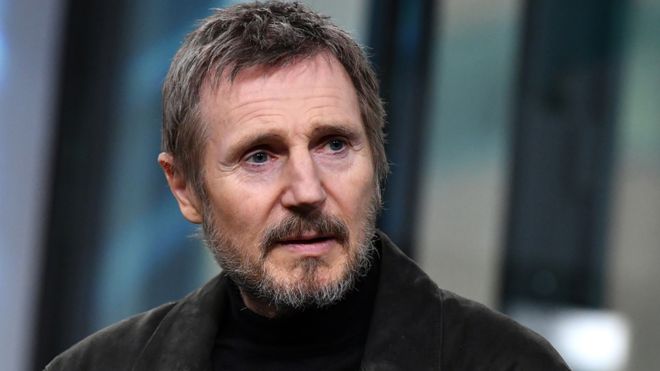 Sky: As reported here, not too long ago, Irish Actor and action star Liam Neeson made a rather shocking comment when promoting his new film Cold Pursuit.
Neeson mentioned how he prepared for his recent role, was to relive his past when he found out that his female friend was raped by a "Blackman" and suddenly he was so filled with rage, that he grabbed a weapon looking for any "black bastard" whether he's a patron at an Irish pub or even the goddamn milkman!

Ollie: I guess that explains what became of Tulsa, OK and Rosewood, Florida. Oh, it’s not even a guess, it really happened. I noticed how quick the Irish were to target any black person for whatever dilemma they face. Can you say "5 Points Draft Riots"? So, it’s of no surprise. I heard about the pushback and how it may affect Liam's career in the future.

Sky: In Layman's terms: Hollywood will no longer have any use of his "set of skills". 😹

Sky: So Ollie, what's black, white and red all over?

Sky: Give up? Its Terry Crews and his "molester"!

Ollie: Ok, but what's the relevance with the "Red"?

Sky: Terrance on the rag, when trying to call out Toxic Masculinity, especially after celebrities like D.L. Hugely questioned why Mr. Crews did not hit the perv that grabbed his junk.

Ollie: Isn't he the same guy who referred to Sly Stallone as a "Father"? There's a term for idiots like him-Beta Male! He's making a total fool out of himself as this emotional 6 ft buff brotha. Very un-masculine in my opinion but I guess being a pussified shill for MeToo will get you nice jobs like hosting America's Got Talent or being a character in a Videogame.
Ah, Capitalism!

Sky: It's February and already there's a bloody scandal!  Actor and Singer Jussie Smollett of FOX's Empire, went to the Police claiming how he was attacked by White Supremacists while chanting "This is MAGA Country" along with a few racial and anti-gay slurs. Unfortunately for Mr. Smollett and his supporters, it was discovered that he hired two Nigerians to assault him and now has to go stand trial for conjuring this shit up.

Ollie: What's even funnier is why he cooked up this cockamamie scheme- because the lil bitch wasn't getting paid enough from Empire! Now he must pay out legal expenses and if he's lucky, he will avoid prison. He should pay for his crimes, but at the same time, why are outright liars like Barbecue Becky , not being prosecuted or even fined for harassing Black folks enjoying a cookout at a local park?

I still call bullshit on that!

Sky: Well, he's finished and when he goes to prison, the inmates there will gladly introduce him to a "Foot long" and i'm not talking about a Subway sandwich. 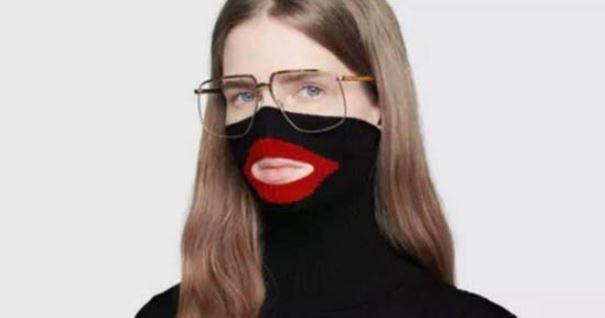 Sky:  In surprise, surprise Motherfucker news, Clothing manufacturer Gucci has put out a few sweaters that have what seems to be an offensive design, like the negative blackface look.

Ollie: That’s just diabolical and very ignorant of them. In other words, that's racist...!

Sky: Question, do Black People often buy from Gucci, since many of them are quick to support these brand names despite the companies not giving a shit or giving back to the community?

Ollie: Not too sure, but there's a few buckdancing idiots that still supports them regardless of controversy.

Sky: Um, what a bloody idiot.

It seems like Mayweather took too many blows to the head!
To add insult to injury, they paraded a model wearing a hoodie with what appears to be a noose attached to the hoodie's neckline. Although Gucci had issued an apology, it’s too little, too late.
Or are Black people too forgiving? This go along to get along mentality is pathetic.🙄

Black Panther claws its way into a few Oscar wins.

Sky: It was about a year ago when this film came out and man was there a huge positive reception, now fast forward a year later and here we are!
Black Panther has won three awards for Best Costume Design, Best Production Design and Best Original Music Score! Yes, a Movie that brought millions of Black People in harmonious celebration, based on a comicbook..created by two Jewish Men. How’s that for irony? Gawd bless Kirby and Lee!

Ollie: I thought it would win for best picture if anything...okay I lied. No way those uppity snots would nominate BP as best picture, instead it went to Driving Miss Daisy, er I meant, Green Book! And our boy, Spike Lee was pissed! Speaking of pissed, the Commander in Thief wasn't happy about Spike’s acceptance speech and took to his favorite pastime (Aside from boning bought and paid hoes like Stormy Daniels, etc.) as in Twitter to "call him a racist".

Ollie: And to think how Mr. Lee was kicking it with him despite Trump’s past record of racism. At least Stalks wasn’t aware of some of his past associates being racist fucks until either after the 2016 Election or when he (rightfully so) had pissed them off and then, their true colors came out after all. Oops! 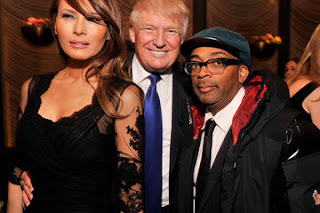 Sky: In other words, that train is never late! Ah, what a month indeed!

Ollie: Speaking of Oscars, why wasn't our movie nominated?


Sky: Because it was deemed to controversial for the easily offended, silly boy.

Sky: Before we go, you readers out there might want to check out Stalkeye's review of the Shudder documentary called Horror Noire which they take on horror clichés involving Blacks being the first to be killed off in a movie.

Have a good um.