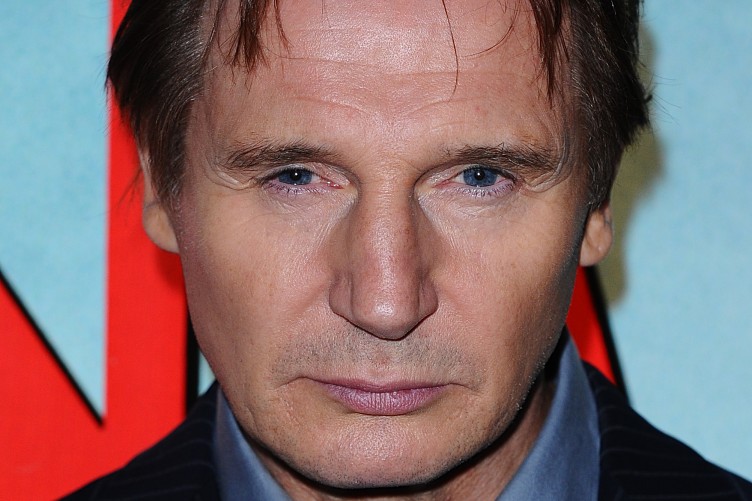 So, another day another celebrity scandal.  It appears that tough guy actor Liam Neeson (Darkman, Taken, Batman Begins and Widows) has revealed a dark side of his past via a recorded interview stating that after learning of his female friend being sexually assaulted, his first reaction or rather "questions" was asking about the assailant's "colour".

When said friend told Neeson that he was black, according to his statements, he wanted to provoke a fight with any “Black bastard" while frequenting pubs in England I assume.  Now if it was the rapist he would come after, then there's some merit only if he's 100 percent guilty, but then again, history has proven that "some" women have lied about being attacked and scapegoating Blackmen is of a convenience.

Black towns that have flourished be it Tulsa Oklahoma, where Black Wall Street was founded, or Rosewood Florida was destroyed as well as its thriving population due to the lies of a White Woman.
Fortunately for an innocent Black man, Neeson didn’t carry out his revenge fantasy, however, his not so surprising revelation proved that he's just another closeted racist.

Y'know, the kind of individual who you would have a good working relationship, friendship or even marry only until their hidden racist side comes out! Neeson, not only proved that he is a racist, but woefully ignorant. I could easily go into statistics, but for you historians out there, many and I do mean many black women and even men were raped by their white masters.

The mainstream media is known for hiding the crimes of some people while demonizing another group and this type of propaganda is dangerous, whether its Liam Neeson or Dylan Roof whose reason for murdering defenseless Black Churchgoers, is because in his twisted ideology, the "Niggers" are out to rape all the White Women. It's this type of mindset that tries to "justify " Lynch culture that has led to the murders of so many innocent Men, Women and Children of color and someone has to held accountable for the media vilification of a race.

As for Roof, they can't pull the lever fast enough on that cowardly piece of shit!

After this stunning confession, it's a wrap! Liam was brazened enough to mention this right during the midst of his latest film, Cold Pursuit-a revenge flick. I doubt this movie will make its money or break even, but the again in the very hostile racist climate that we live in today, it may be a box office smash.

Perhaps in hindsight, Mr. Neeson knew what he was doing all along with his confession. Any publicity is good publicity!