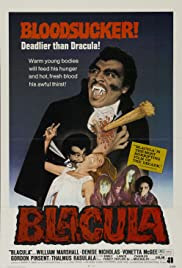 Since today marks Valentine's Day and we're still celebrating Black History Month, what would be better than to post a Movie review that was not only one of the forebears of Black Horror Cinema, but also a Love Story?!? I curse thee with thy name; Blacula!

African Prince Mamuwalde along with his wife Luva was dispatched to Transylvania as ambassadors of the Ubani tribe for the sole purpose of having Dracula put an end to the barbaric slave trade. unfortunately for them, the count himself refused to play ball as demonstrated in his nonchalant manner, believes it has "merit”! Too add insult to injury, he makes a very condescending remark to the African Princess. Mamu (For short) abruptly ends the meeting as he finds Dracula's manners as distasteful as his cognac.  Dracula refuses to allow them to leave and immediately dispatches his henchmen. Despite fighting the good fight, Mamu is knocked unconscious and suddenly cursed with Dracula's bite, while a horrified Luva bears witness to her husband given the name that matches his curse, "Blacula" as both her and the African Prince are entombed for all eternity! 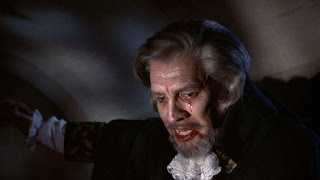 After spending centuries in hibernation, Blacula is awaken from his slumber thanks to two flamboyant Gay antique collectors who unfortunately for them, became his first victims. 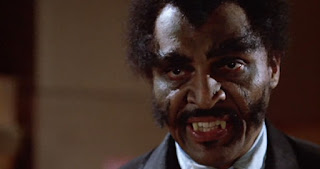 Sometime later, through accident or fate, Mamuwalde runs into Tina, a young beautiful sista who is easily mistaken as his long dead wife especially when the striking facial similarities are more than obvious. Well, it is obvious since both roles were played by actress Vonetta McGee. 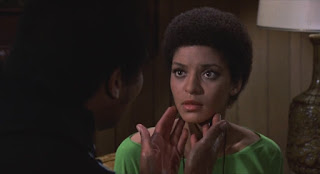 Dr. Thomas using detective work, gathers several clues about the mysterious killings which leads him to believe that the assailant is none other than Count Mamuwalde himself. Can he put an end to Mamuwalde's curse once and for all, and more important, save his Girlfriend's sister who has fallen hard for the African Prince of Vampires? 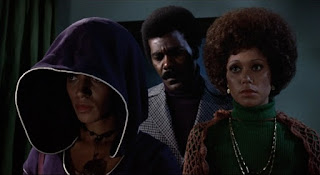 In the trend of Blaxploitation films of old, Blacula was more than just some novelty project. Compared to what the original concept was, I tip my hat to the late great actor William Marshall who refused to have his character mistaken for one of the many stereotypical tropes often found we within the subgenre. It was Marshall's suggestion that Mamuwalde would come from a 3rd royal aristocratic background (Like Marvel's Tchalla) Marshall delivers a very Shakespearean performance as far as the film's narrative goes, there is a modicum of Shakespearean elements to accompany and complement his acting talents. Crain utilizes exceptional camera work especially during the scary moments.
The coroner and photographer death scenes was just as sample at how this film delivers when it comes to fright.What's also scary about this PG rated film,  is Mamuwalde transformation into a menacing figure complete with thick eyebrows and sideburns bigger than your Porkchop pastor! One moment he has that charming persona and is the perfect gentleman, but, should anyone piss him off, as witnessed from both the Club's photographer and a Cab driver,  things tend to get rather "Bloody"!

The prologue was impressive despite the cheesy animated intro and I enjoyed listening to Blacula's theme as well as the soundtrack that was up to standards, especially for a lower budgeted movie.
Despite losing a lot of money,American International Pictures spared little to no expense when producing Director William Crain's movie and their investment paid off, big time! Blacula not only shattered low expectations but became the defining staple of Black Horror which no other film from that genre, including the sequel, Scream Blacula Scream could outdo its status. Its one of the better offerings from that golden era of Blaxploitation. 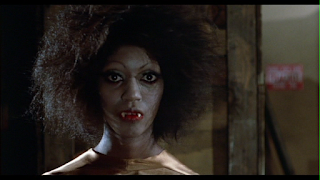 That said, I have a few nitpicks with this movie. One being, how in the hell was Tina so convinced at how Mamuwalde mentioned that he was over a century old yet he's far from having a body of an 100 year old man?

Most women, especially black women, would either get out or tell him to get the fuck out!
In an era where there is more Political correctness, this is another film cannot be made today due to offensive tropes such as the two flamboyant homosexuals, especially when watching Billy prance around as a vampire, who lures potential  paramours only to fall prey to his vampiric tendencies.

How would this scene work within the 80's during the AIDS epidemic, where blood was the most dangerous factor? Personally I found the use of pejoratives, “Faggot" and "Nigger" more laughable than offensive because its apparently obvious that this was the era in which the social climate was heavily desensitized.  By no means is it acceptable however, things were much different back then. 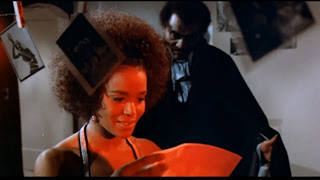 These previously mentioned critiques withstanding, does not take much away from this underappreciated Horror classic. The pacing is satisfying, as with is the storyline which takes a Machiavellian approach near the film's end, thus solidifying Blacula as this tragic villain long before Coppola's Dracula. Even the warehouse raid against the vampires may have been influential when compared to the final confrontation scene from Lucio Fulci's Zombie. Anyone who refer to themselves as horror fans, yet dismiss Blacula as just a cheap one off in order to capitalize from Blaxploitation films, would be remiss to "miss"out on this classic. Underneath its layer is an ill-fated love story with dignified characters that go against the racial stereotypical tropes which I found missing from most Blaxpoiltation films.
For a solid introduction to Black Horror cinema, you can do no worse than Blacula.

In Loving memory of William Marshall and Vonetta McGee. 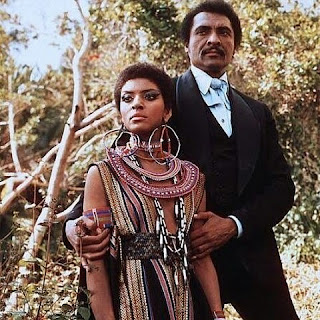