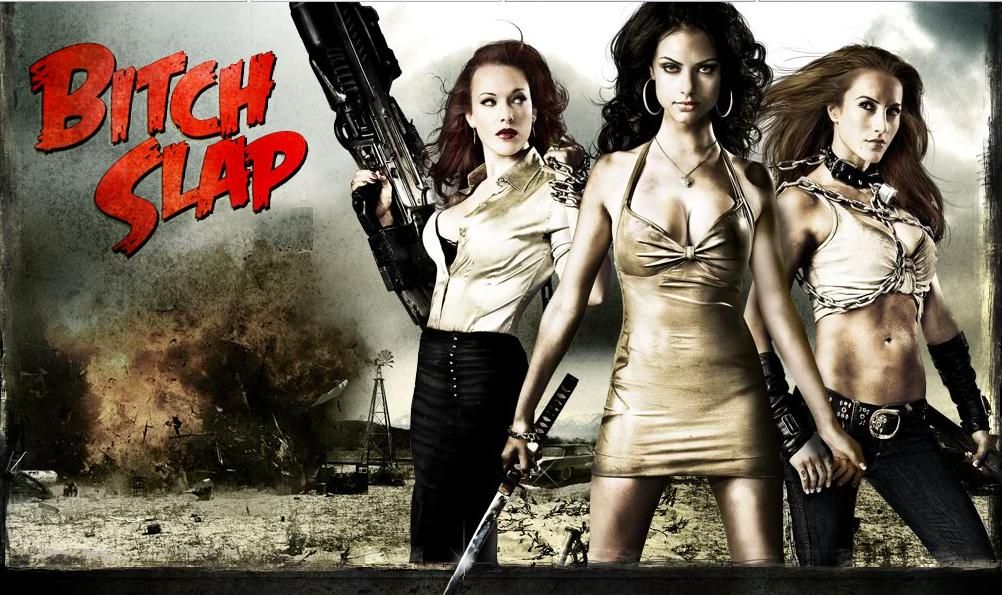 Orignally published on Talkbacker.com however, some sections have been updated.

Welcome to another retro review. As always, I do these reviews in the hopes that I can introduce people to movies they might not have seen. Do I care about the acting in the movies, the plot or the script? Not really. I care about the entertainment factor. Can the movie entertain me?
If it can, of course! This time it’s 2009. Say hello to Bitch Slap!

Michael Hurst is also featured in this action film that defines “Female empowerment”. So, what’s cool about Julia Voth? I don’t know, but I do know she is all woman. If you are a guy and you don’t know she is all woman shame on you. And what’s cool about Erin Cummings? I don’t know her either, but in the movie she is badass. And the America Olivo cool factor? Don’t know her either but she is easy on the eyes. Is Michael Hurst cool? I think he is. Some of you may know him as the sidekick of Hercules, but also look for cameos of Kevin Sorbo, Lucy Lawless (What a cool name. Could be a porn actress name, but also a name of a villain.) and Renee O’Connor, the woman with the million-dollar body but a 10-cent face (poor girl).

What is Bitch Slap all about?

Three women travel to the desert to find 200 million in stolen diamonds. Trixie is a stripper and doesn’t have any form of badassness in her. Hel is badass and seems to be the leader of the bunch. Camero is one crazy badass woman. They don’t know exactly where the diamonds are, but they know they are close. These 3 women pissed off a lot of people and those pissed off people are hunting them. This makes finding the diamonds much more difficult. And there is one serious badass villain looking for them. Everybody fears that villain. Will the villain find them? Will the women find the diamonds? One way to find out.

And what is so cool about this movie?

The beginning of the movie establishes right away it’s a movie for men. You just know you will be watching a movie for men. The director knows his target demo for sure. I wish more directors knew their target demo, because all I see is pussy lotion boys and feminine women. The women in Bitch Slap are more than pure eye candy in the movie and some of them are seriously badass. The movie contains humor from time to time and sometimes it was laugh-out-loud humor in my case. Just look at the sound made during a vag punch. It’s bloody hilarious. The action is cool, and the visuals are very colorful. It feels as if you are on a summer vacation. Oh, and the camera loves Julia Voth. Of that I am convinced.

Why should you watch Bitch Slap?

If you are male, you need to watch this. But if you are female you should also watch this. This movie portrays girl power the way I like it. I seriously loathed it, when the Spice Girls claimed to be girl power. Or any other useless untalented troll who fucked her way to some money and now thinks she can tell women she is girl power or what girl power is. What a blasphemy.

Well, compare the Spice Girls to the 3 women in Bitch Slap and you will know what real girl power is. I really hate it when girl power is portrayed the wrong way, but in Bitch Slap it is portrayed in the right way. The movie also contains 2 awesome no-holds-barred fight scenes between 2 women. I don’t remember having seen better fight scenes between women. Is the movie all about fighting? No, it just one big adventure and fighting is part of it. The acting might be over the top sometimes, but this movie has everything guys would like!

Oh, and this movie was a homage to Faster, Faster Pussycat Kill Kill. I think they did an awesome homage. I just wish they produced more Bitch Slap movies. Such a missed opportunity. 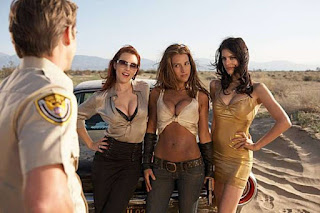