Bop is possessed by Netflix’s Diablero ! 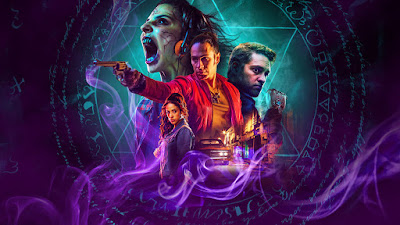 Don’t you just love it when you stumble onto a TV show or movie you never heard about and it is good? You watch it and think :”Holy shit. This is awesome. How come I never heard of this and how come no one talks about it?” Netflix’s Diablero is one of those shows!

Diablero is about a Diablero. A Diablero is a demon hunter. Elvis Infante is such a Diablero in Mexico City.Elvis is a funny macho, but also a guy who knows his shit. At least, most of the times. He gets help from Nancy Gama, this cool chick who can summon demons to take over her body. That comes in handy. 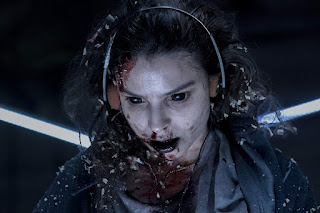 Next to that Elvis gets help from his sister Keta who is a Santera (well-versed in Santeria). 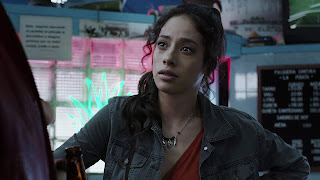 The story is about the search for a girl that has been abducted by a demon. A churchly father hires Elvis to find his daughter so the search starts. Who kidnapped the girl and why?

What follows is a visually stunning journey through Mexico City and the world that they created in Diablero. Yes, there are demons and they are nasty. There are various levels of demons and you wonder what the heavy hitters will be. The special FX are good. The humor is good. The characters are excellent. Giselle Kuri’s (Nancy) acting is fantastic. Horacio Garcia Rojas’ (Elvis) acting is funny. The story is good and the fact is that I couldn’t stop watching. Thank you Diablero, for keeping me up all night, while I needed my sleep.

I already like the show a lot, but I can’t stop wondering how much better the show would have been had I known more about Mexican mythology. Also, this was released in 2018 so it is definitely on my best of 2018 list.

I also can’t wait for season 2 and I wonder how they will continue building that world. Bring on season 2, pinche pendejos! 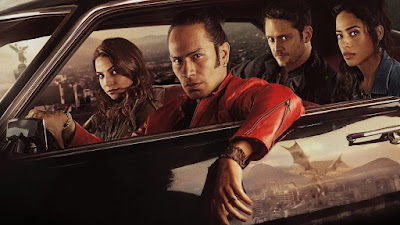