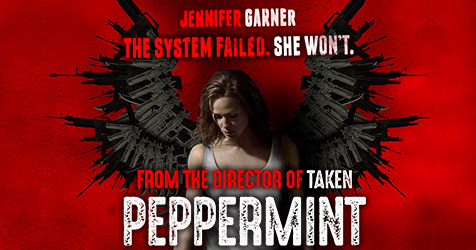 Anyone who's aware of my cinematic preferences, know that one of my favorite sub genres happens to be vigilante films. There's a certain romanticism about and individual seeking extreme justice when feeling wronged.
As a cinemaphile, I have watched numerous titles bearing the formula: Coffy, Gordon's War, Kill Bill Vol.1, I Saw The Devil, Death Wish, John Wick, Ms. 45, Punisher War Zone, Oldboy, The Crow, Blue Ruin, Django Unchained and of course, 1980's The Exterminator are among my top favorite revenge films.

So now, there's a new revenge thriller added to the huge roster of vigilantism in cinema.
Peppermint starring Jennifer Garner (Daredevil) bares more commonality with Comic and videogame tropes than your average "payback" tale, when you compare both origin and narrative tone.
Riley North, (Garner) a loving wife and devoted Mother is trying to make ends meet via working at a thankless job in Los Angeles, gets the gut punch of her life and all it took was one very bad night (And around Christmas at that!) change her life forever!

While celebrating her daughter's, (Carly) birthday at a Carnival, Riley walks to the Ice Cream vendor to get a Peppermint cone (Hence, the title.) Meanwhile, a group of hitmen ordered by a Mexican drug lord  is dispatched to kill Riley's husband, Chris refusing to work on behalf of the Cartel.
All three are caught in the crossfire but fortunately, Riley survives the assassination attempt and unfortunately for her, both Chris and Carly have not. Which also means, "unfortunate" for the drug Cartel now that five years later, Riley begins her crusade as a One-Woman Army to seek justice when the judicial system failed to do so.

Peppermint is basically a gender swapped Punisher, sans skull motif however, Garner's portrayal as a grieving mother turned vigilante, brings so much depth to a movie that may seem shallow to highbrow critics. Riley is cunning, tenacious and carries an arsenal straight outta Call of Duty: Modern Warfare in a parked van near in Skid Row. Is it a mere coincidence that her name is "Riley"? 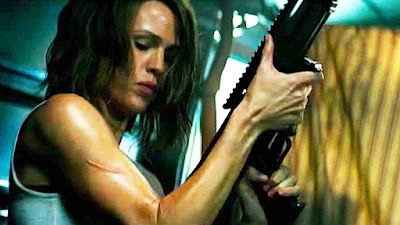 Once the 20+ minute origin backstory is done and over with, the pacing is nonstop, and you can tell that Riley means business when not only going after the Cartel, but the DA, Lawyers and Judges who have been bought and paid for! The plot slightly differentiates from the paint by the numbers narrative often found in many revenge films by including a suspense angle, but it still has its fair share of clichés. 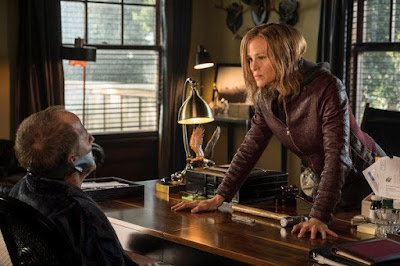 And as with many fictional heroes, who happen to be on the lam, Riley is worshiped like some folklore hero be it social media or even a giant-sized mural within the slums of LA. I won't neglect to mention that to a few moviebuffs, Peppermint might be seen as an utltra conservative revenge fantasy when you equate how the Mexicans are the main antagonists, while the White "Soccer Mom" uses firepower as if it was taken from an NRA convention to mow them down, but personally, I approach this project more like your average Comicbook film, but with a slight dig on how the American judicial system is at times, very flawed as opposed to some babbling idiot using dog whistle rhetoric about "Bringing in drugs, crime and being rapists".

Not only has Garner lent her thespian talents to this movie, but as you can judge by her physical appearance, it's obvious that she trained for this role both in martial arts and small arms.
Peppermint is not trying to implement messages about empowerment of Women, for at its very core, is about a woman who selfishly takes the power in her own hands.

It's textbook in some ways, yet effectively handled. As the Joker once said, "All it takes is one very bad day..." so again, "Comicbook"! My biggest criticism would be the predictable copout ending I seen coming a mile away and personally, I would have closed the final chapter in a more credible fashion regardless if it comes off nihilistic but maybe that's just me. 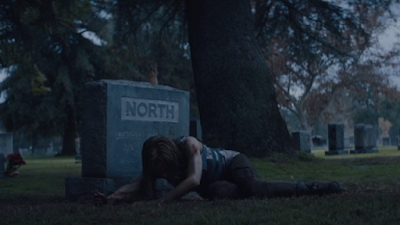 While the film has a few flaws, its undeserving of the overwhelming negative critical reception and if anything, I rate it as the top guilty pleasure of 2018!
In short, Peppermint as in the confection, is an acquired taste that is “sweet revenge”. 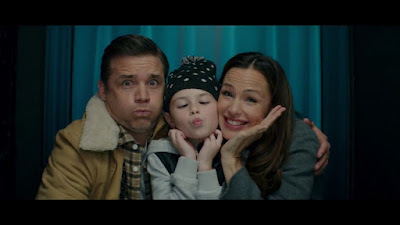