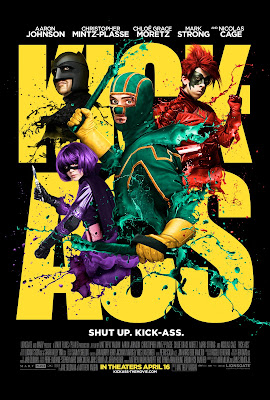 When someone brings up comicbook based movies, what is often the first name that comes to everyone's mind?  Marvel, "duh"!  And to a lesser extent DC especially since the more recognized movies are based the former's properties.

However, lets travel back in the year 2010 a period where comicbook movies were still making their stride thanks to the success of both Ironman and DC's the Dark Knight in 2008. Sure, much earlier you had successful sequel releases like Spider-Man 2, X-Men 2 and Blade 2 that proved, a second time, is worth the charm, however, they were projects based on well-known i.e. beloved characters.

So out of literally nowhere, came this Superhero movie called Kick-Ass, whose source material that most filmgoers-me included, were not aware of but thanks to strategic marketing and word of mouth, this Comicbook adaptation gained both praise and disdain by film critics both professional and armchair. 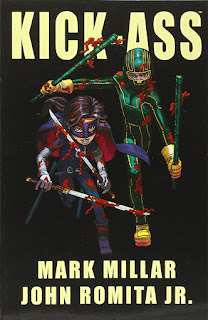 Kick-Ass is based on a lesser known Marvel Comicbook created by Mark Millar and John Romita Jr. for Marvel and although its billed as a "Superhero" Movie, at its core is a schizophrenic blend of comedy, drama and of course, action. The titular character has no superhuman abilities like being able to leap tall buildings, spins a web, any size or throws a mighty shield.

Instead, Dave Lizewski is your ordinary High School teen, who if he's not hanging out with his fellow comic nerds Todd and Morty, he's rubbing one out while fantasizing about his Milfesque math Teacher. Out of inspiration or merely boredom, Dave orders a green and yellow scuba suit with tonfas as gear to "fight crime"! Despite his optimism, Dave finds out that the Superhero lifestyle isn’t all that it’s cracked up to be, due to sustaining injuries while trying to stop two carjackers and sometime afterwards, young and naive Dave finds himself in a world of shit be it drug dealer kingpin Frank D’Amico or two oft kilter vigilante assassins Big Daddy and Hit Girl!

And this is just within the first 20 minutes in this movie! So, was this movie worth the hyperbole or hate? Let's find out!

Kick-Ass while being a solid attempt at adapting its source material, tends to avoid the paint by the numbers method. Instead, the writers; Jane Goldman and Matthew Vaughn have taken extensive liberties with bits of outrageous moments not limited to our hero being equipped with a farfetched apparatus during the third act, but also unlike the graphic novel, Dave gets the girl in the end.
(Literally and figuratively speaking.)

It’s loaded with nuances thanks in part to the self-awareness storyline that satires comicbook tropes along with merchandising and the silly trends regarding social media climate where you can become famous via"10000 hits" on YouTube platforms not to mention society's apathetic response to crime. 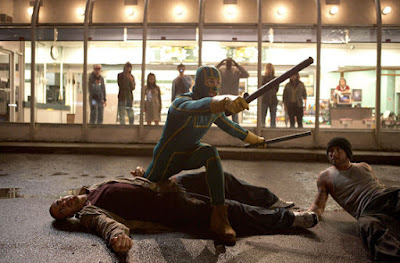 The dialogue is very witty without the urge to take itself too seriously, despite a few serious moments during the latter part of the film. Kick-Ass is packed with quality performances. While Aaron Taylor Johnson plays it straight as the hopelessly heroic titular character, Nicholas Cage delivers one of his memorable roles as the sociopath vigilante Big Daddy to the extent of adapting Adam West's persona from the classic 60's Batman TV series. But don’t let Nic's campy homage fool you because near the third act, his portrayal of Big Daddy becomes more of a hybrid of The Dark Knight meets The Punisher during an impressive scene where he infiltrates Frank's Lumber Yard which serves as a front for his illegal activities!

What makes for an interesting dynamic, is how Cage's “fatherly" character, Damon Macready is not only delusional because he thinks he's a hero by murdering D'Amico's men via extreme methods, but irresponsibly recruits his 11-year-old daughter, Mindy as a brutal assassin, who is more sadistic but also utters the too “C" words! The duo is obviously satirizing DC’s comics’ Batman & Robin with a subtle hint at how irresponsible Bruce Wayne is for butting a child in harm’s way.
During the third act, shit gets real as Dave and the rest witnesses the repercussions of their vigilante behaviors. Dave comes out of his disillusionment but is it too late? 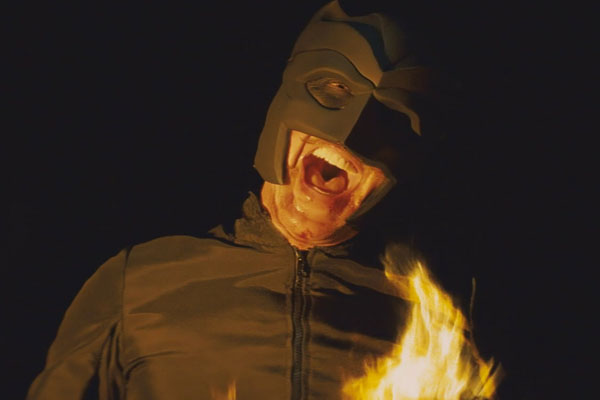 In my opinion, the strongest aspect of KA is not necessarily it's tone of style or narration, instead it’s the amazing performances from Aaron Taylor Johnson and his self-narration that sees the world in Kick Ass' eyes. The supporting cast also lend a huge modicum of credence to this niche Comic, turned movie. 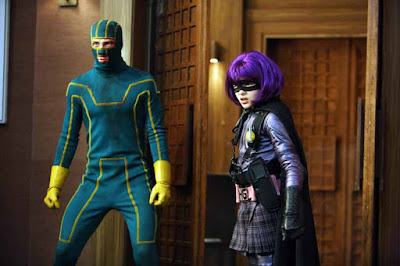 You have Christopher Mintz playing as Chris, playing an spoiled heir to the D’Amico “empire”, who is seeking to find his place in the world if not his father’s attention and sees Kick Ass as an opportunistic move in order to prove himself, ergo "Maclovin" is now the Red Mist!
Frank D’Amico (Played ruthlessly and in some ways, hilariously by Mark Strong) is the big baddie to Big Daddy, balances out the dynamic trio if not provide cannon fodder throughout the movie but I would be remiss if I didn't mention Chole Grace Moretz in all her scene chewing glory as the ferocious sidekick Hit Girl. I'm not exaggerating when I say that her introduction alone was worth the price of admission!

While slashing, stabbing and having thugs disemboweled, she gives Kick-Ass this devilish grimace that alludes to her being far gone! It’s funny how some people found her character “sexualized” (Unfounded, of course.) because of donning leather combat gear, yet had no complaints about a girl killing people in such brutal fashion. It's almost as if Quentin Tarantino had made a Superhero Movie! 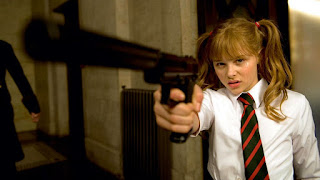 In summary, Kick-Ass is an underrated Superhero film that somehow got lost in the shuffle of bigger Comicbook adaptations, however despite its box office "shortcomings", it was successful enough to warrant a sequel. It’s highly recommended escapism and good for a few laughs. Kick Ass, Kicks ass!
Now available on Amazon Prime's Video streaming service! 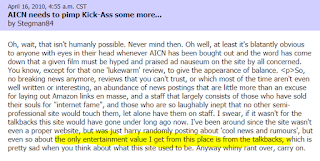