Manufactured Outrage: Made in the USA!

Ah, since Christmas is looming, maybe I should play some music to cheer me up after putting up witth a few Scrooges at work, one in particular, a "Cee U Next Tuesday"! But I digress.

What's this, "Baby it's Cold outside" is now a song about Date Rape?!!? Dafuq!
Welcome to the American Culture Wars! Where you have the right to free speech but be careful of what you say!

As I write this op ed, I can reminisce about a time, when there was less whining, bitching and kvetching as my Jewish friends past and present, might often say.

Back during the 80's and 90's, things were more simplistic if not complicit. Sure, there were controversies here and there, but we managed to deal without serious repercussions of stupid shit each of us has said in the past only to look back and say, "I can't believe I actually said that"! and go on about our pathetic lives.

Now fast forward decades later as in the age of the internet, smartphones and worse of all, Social media where if you make an asshole of yourself or say the wrong thing that is deemed offensive, you can get penalized to the extent of public shaming or having your career ruined in an overt politically correct American society! Are we walking on thin ice because of dumb shit the BLOATUS has said, or could it be the results of an "entitled" generation that  is held to a higher standard? 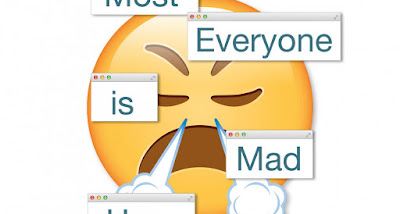 Oh, what a fucked up World we live in, where suddenly people who finally have a "voice" via Twitter, Facebook or the Disqus comment system, can be so emboldened to chastise someone for comments or subscribed beliefs that are unintentionally offensive.

Like, in the case of Comedian Kevin Hart, offensive tweets about the LGBTQ community he not only made 10 years ago, but apologized back then and what's funny or rather, not so funny, after he was announced to host next year's Academy Awards, some bitter butthurt (No pun intended. ) clowns decided to play "God" by resurfacing those same damn tweets he already apologized for. Now I'm no fan of Hart by any means, but I must give him a modicum of kudos for standing his ground by refusing to be strong-armed by the hypocrites of AMPASS in order to become a host.

Yeah, those same dickheads who gave a pedophile like Roman Polanski praise for The Pianist yet, award that dumb bitch Halle Berry for having a “Slave/Master” love scene with an inbred redneck degenerate. Although Kevin turned down the Oscars, he apologized once again.
What a dumbass move!Perhaps someone whispered in his ear about doing another mea culpa?


Now I know some of you will ask, "what about Rosanne Barr"? Well, what about her? She made a tweet about a woman that was practically Racist especially when you factor in Barr’s inbred white trash history but when called out, she hides behind her “Jewish” heritage!  Nether mind her tweets, she’s just another annoying little bitch in the media spotlight! And if anything, I find her offensive on my eyes and ears! Fuck that mad cow....oh wait, Tom Arnold already have!

James Gunn had made some fucked up jokes about pedophilia which I can't really defend him for it, but perhaps he grew up and realized the errors of his ways? Well, it doesn't matter because at the end, he’s still relevant, at least to Warner brothers.

And speaking of "Geekdom", you want to know what else is funny? It's  how easily triggered some of these loser fainbois and "Gurls" get when you mentioned that you didn't care for a highly praised movie or that you walked out of a movie that sucked and in my case it was during a Last Jedi thread where shit got ugly real fast as the dweebs formed up like Voltron-berating me, but of course, I didn't take that shit lying down. I laid the smackdown on a few dweebs and dweebettes. (We don't want to exclude the opposite sex, now do we?) Unfortunately for them, they soon realized that I meant business, since I kicked their asses and their toys while playing dirty in the sandbox. Let’s face facts, The Last Jedi is an underwhelming and lame ass sequel that I cannot respect whether it's overly pandering or the "final confrontation", that mirrors that of John Carpenter’s Escape From LA’s!

People like them, (Both butthurt Geeks and Racists) often spew piss and vinegar from the comfort of their keyboard without physical repercussions. Yeah, "typical"!
And yes, I would be a hypocrite if I denied falling for previous clickbaits that were highly provocative i.e. Bill Maher's comments about the Geek community. However, Maher deserved to be called out for his  hubris, Many individuals including myself, either learned how to read or utilized  advanced vocabulary aside from the Teachers in  3rd grade. Nowadays, I ignore more of the sensationalist  crap that's being put out there as a means to get  people talking bitching.
Only the real issues, matter for me.

So, as Christmas is rapidly approaching, we are now entering a world of uncertainty be it a complicit government that’s practically in shambles, tanking markets, racialized domestic terrorism, climate change and Amazon, Google and Disney's plans for world conquest!!By the way, many of you who use Facebook should be more outraged at how Mike Zuckerberg compromised your personal information by selling it to various companies. Loooook it uuuupppp!😆 That's something to get pissed off at if anything!

But in all seriousness, media be it social media or mainstream media initiates social engineering to invoke rage for personal gain, be it swaying one’s opinions, certain agendas, ratings or prevent potential free thinkers from focusing on issues that really matter!
So, my wish to all the emboldened "Keyboard Warriors" be they Rethuglicans, Dumbocrats, LBGTQRSTUV, MeeToos, fucking uptight NERDS, Opportunists, Pseudo Justice Warriors and so forth, cease and desist your attempts of "Thought Policing", sit back and have a nice cup of SHUT THE FUCK UP!