I wouldn't even know how to begin this obit after learning of Marvel Comics' legendary publisher Stan Lee's passing, other than saying how influential he was when it came to some of his ideas, contributions and savvy marketing.

Stanley Martin Lieber started out as a gofer at Timely Comics which would eventually become Marvel. His first crack at writing was ironically, for a Captain America issue and afterwards Comics were heavily looked down upon especially after a scathing article called The Seduction of the Innocent which held Superhero, horror and mystery comicbooks to a low standard.

It was during a faithful golf outing between Marvel's President  Martin Goodman and the then President of DC Comics, that gave birth to Marvel's iconic characters.

Soon afterwards, Lee along with Jack "King" Kirby, created what was called; the first family of Marvel, The Fantastic Four, thus ushering a new era of comics with other co-creations like Hulk, Iron Man, Thor and of course, Spider-Man!

Stan went against the Comics Code Authority while dealing with socially conscience issues like drug abuse and in his op ed piece, Stan Lee's Soapbox he became somewhat political by discussing bigotry and what made Marvel so "amazing" was that his co creations as in the Marvel characters, themselves, were not uber perfect and had the same problems like most of us. 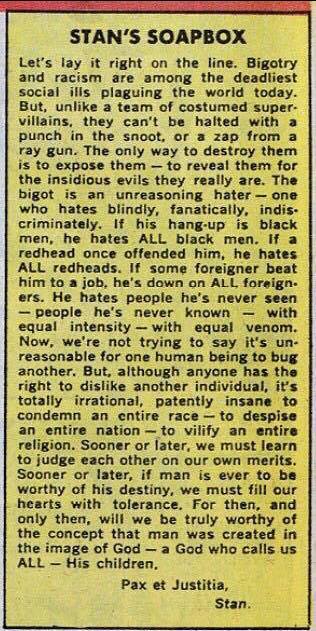 Lee and Kirby had created X-Men as a metaphor to the Civil rights movement and it was Kirby and Lee who created the first Black Superhero of comicdom (Black Panther) who didn't adhere to any racist stereotypes but instead, came from royalty along with a highly advanced civilization. Stan had a share of flaws, one being how he took most of the credit for his co-creations while allowing Marvel's mistreatment of co contributors such as Lee and especially Kirby.

I wanted to get to the bottom of it so, I asked Lee during his visit to South Street Seaport "Stan, what's the deal between you and Kirby"?

He then replied "Jack and I aren't speaking anymore". You could hear a pen drop in the audience.
Stan was very charismatic and a great shill for Marvel who also developed what's known as the Marvel Method. Where an artist would draw plot panels while the writer would add dialogue and story. I would be remiss if I didn't mention his numerous cameos in Marvel films and television from the Trial of the Incredible Hulk, his narrations for Spider-Man and his Amazing Friends, Iron Man, Fantastic Four and of course the MCU films.

Sadly, Lee's final year was met with heartbreak and scandal due to the loss of his wife Joan, allegations of Sexual harassment, elder abuse and a lawsuit filed against POW! Entertainment, a company that Lee co founded but claimed allegations of fraud. Lee later on dismissed the suit as his health would eventually take a turn for the worse. Stan passed away Monday morning however, his spirit and legacy shall live on in the hearts and minds of billions.

Stan was the catalyst that made Marvel a household name and I am thankful for it.

Rest In Power Stan, as I still wait for my No Prize! 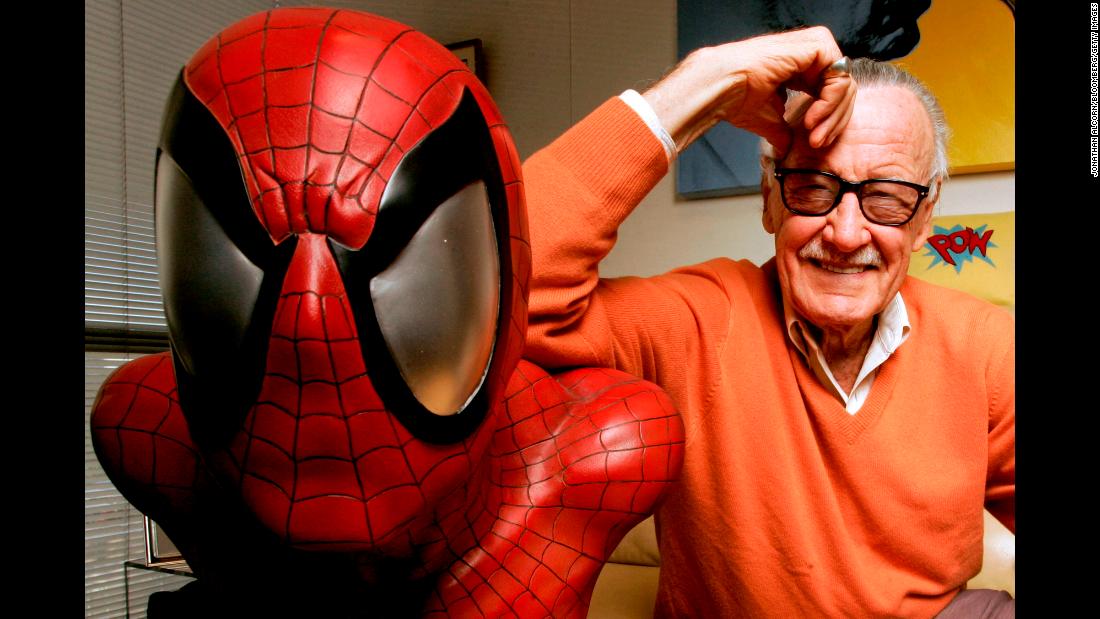