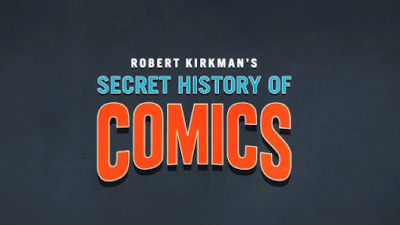 So after watching yet another disappointing episode of AMC's The Walking Dead, I discovered that the network has another new series that involves the creator of the Walking Dead; Robert Kirkman.
Secret History of Comics, which debuted its first episode last night, is a behind the scenes retrospective of  events which "supposedly" occurred within the Comicbook industry and its first topic is  a great one right off the bat!

This series features interviews from various celebrities within the comicbook field as well as actors and historians combined with archival footage and most amusing is how the reenactments are told- courtesy of animation sequences. And of note, I can’t neglect to mention how the aesthetics and tone is reminiscent of the HULU documentary-Batman and Bill. I’m certain that Batman and Bill was the inspiration behind the animation sequences and perhaps the AMC series as well.

The Misfits of Marvel covers the pivotal history, success and conflict between the big three founders of Marvel Comics-Stan Lee, Steve Ditko and most importantly, Jack "King" Kirby who without his contributions, Marvel would certainly NOT have become the legendary industry it is today!

It may have worked in Lee's favor but unfortunately caused a giant riff between the three founders at Marvel.And as if that wasn’t bad enough, as Marvel grew in popularity, due to franchising and marketing of intellectual properties thanks to Stan's savvy marketing, co contributors like Kirby and Ditko were not being compensated enough and could not go against the publisher due to signing their rights away via Work-for-Hire contract. 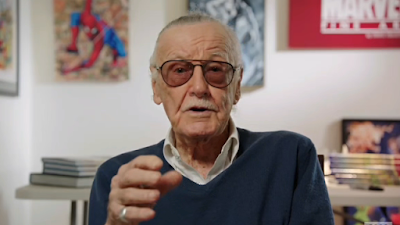 This means that anything created by the artists or even writers, cannot collect any royalties from licensed products, movies or television shows! I love the perspective and honesty from other commentators within the industry especially Todd MacFarlane who spoke out in Kirby's favor while denouncing Marvel's mistreatment of their contributors.

Stan Lee was coy and cavalier when asked why did Kirby leave. "I don’t know" "things happen".

Unfortunately, Stan did not have Jack Kirby's back which is so upsetting to this very day. and the thought of commentators like Kevin Smith and some other "historian" praising Lee while somewhat downplaying Kirby's legacy is infuriating. Sure, Kirby wasn't a magnificent writer, but his solid concepts, work ethic and amazing artwork is a true testament of him being just as successful as Lee.

Many artists such as Todd Macfarlene and Rob Liefeld were aware of how badly Kirby and the others were mistreated and as a result, they formed Image Comics, a jointly owned company whereas the creators have sole control of their ideas and intellectual properties.

Jack's dilemma had set the precedent for artists and writers having a say of how their creations should be used, and more importantly monetary gains.

The History of Comics is a great example of a retrospective documentary series and judging by its first episode, I'm looking forward to seeing what other stories that need to be told. As for now, this is my latest favorite series from the AMC Network and not to mention, a more feasible alternative than the current state of The Walking Dead. 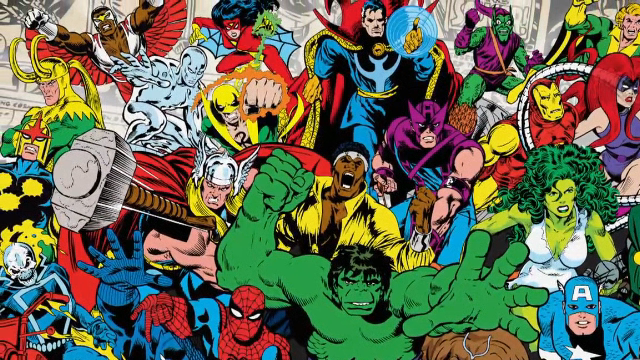 You can watch the entire season of Secret History of Comics via Shudder or VRV streaming apps!