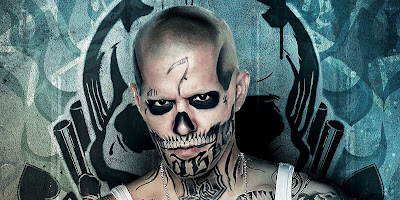 Now that there's a rumor floating around about in regard to disgraced Director James Gunn working on the sequel to 2016's Suicide Squad, here's a review  originally published from the now defunct site-Supernaughts courtesy of my good friend Bop aka Bopnrumble.

I accepted a long time ago, that Hollywood makes movies for an as large as possible audience as possible. I also accepted that the entertainment factor wouldn't be optimal. Needless to say, I also accepted I would be witnessing serious crap. And of course, I accepted that comic movies will be different from the comics themselves, so I shouldn't judge them harshly. But sometimes there are exceptions.

The lowest point in comic movies was this year's X-Men: Apocraplypse.I never expected a comic movie would make X-Men: The Last Stand look like a masterpiece. Just when you think you saw the worst comic movie along comes Suicide Squad.

I am a big Suicide Squad fan. The 66 issue Ostrander run is in my top 3 of comic book movies ever. When I heard they were making a movie about it I was curious. Would they make it rated-R? Would it be violent? Who would play Deadshot? Would Captain Boomerang be in it? Would they cast CCH Pounder for the Amanda Waller role, because she was born to play that role? Would it become a real Expendables movies, since Stallone dropped the ball on 3 of them?
What was so good about Suicide Squad was the fact that a big part of the group were villains. They were nasty, violent, sneak, crazy etc they were not always getting along. Every mission was suspenseful, because you never knew who would survive. Translating something like that to the big screen should be awesome. 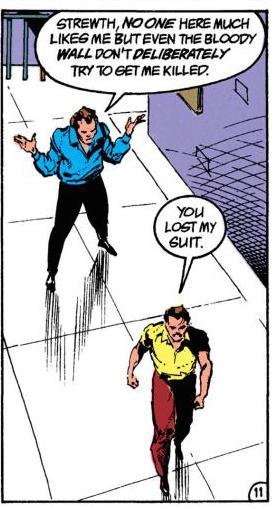 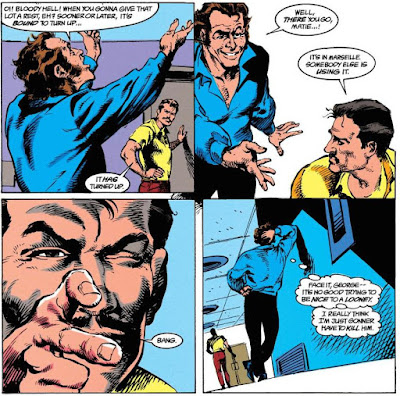 Then came the characters and the casting. Will Smith as Deadshot? Are you fucking kidding me? He could never pull off Deadshot. Harley Quinn would be Margot Robbie. Not whom I would choose. Captain Boomerang was a total miscast with everyone's favorite actor Jai Courtney. There was no way Courtney could pull off Captain Boomerang, who is the most cowardish and sneaky character in comics if you ask me. Rick Flag was totally miscast. I don't know whose cocks Joel Kinnaman sucked, but the guy is getting a lot of roles these days, while just being the Snabba Cash guy. And they didn't choose CCH Pounder as Amanda Waller. That was not a good start. Then they put insult to injury when they decided to make it PG-13. Now that was utter piss with a capital P. A movie like that can't be PG-13.

So, let's go to the movie. The movie is an insult to any moviegoer that expects at least a scintilla of quality. The P.R. machine worked overtime to sell this piece of shit as a great thing. They shat all over the concept of Suicide Squad. If it were Constantine, i.e. a movie that is supposed to be a comic movie but turned out be only a movie with a character named John Constantine in it I could live with it. Constantine was a good movie, unlike Suicide Squad. If I had paid money for that Suicide Squad shit I would have gone ballistic. The movie was shit you eat, then shit out again, then eat again, then shit out again, then eat again etc. Hollywood must be laughing their ass off because they made millions with this shit. Ok, nothing new because movies like that are a trend now, but Suicide Squad brought crap to new heights. Hollywood got a new baseline for 'quality' and we are in big trouble now.

There was no fucking flow in the movie. It looked like a collection of autocue scenes. Will Smith totally sucked as Deadshot. Deadshot was not menacing and unpredictable at all and he was no lunatic. He was just Fresh Prince with a helmet and some guns trying to act tough. Margot Robbie had a good Harley Quinn look but was bloody boring. All her remarks fell flat, and she was not funny at all. I didn't see any ounce of crazy in her. She was just a dumb, annoying blonde saying dumb shit all the time.

Boomerang was an utter joke. Diablo looked like a character with potential but was totally wasted. Killer Croc was just there. Katana was totally out of place and looked like a running joke in the movie. Rick Flag was not convincing at all. The fucking flashbacks were all over the place and bored me to death. The scenes with Deadshot and his daughter was utter Disney which I severely loathe. It's bad enough Disney is always drilling that kiddie shit in, but now Warner Brothers does it too? That disease should stop. Deadshot never gave a fuck about his son in the comics and that is why his son got killed, but in the movie,  he suddenly has a daughter, just added in for the bloody disgusting sweet Disney moment. FUCK THAT SHIT!!!!

I still don't know what the fucking movie was about. I expected some badass mission and what I got was a lousy battle with a witch somewhere in the city. This reminded me of X-Men: The Last Stand and served no purpose at all. AND SINCE FUCKING WHEN WAS THE FUCKING SUICIDE SQUAD ABOUT LOVE?????????????? Fucking Hollywood. Suicide Squad was about making the world safer by any means necessary. But no, here Rick Flag loves one of the ugliest women I ever saw and wants to sacrifice everything for her. Seldom did I see such crap.

As for the Joker.... Leto is complaining that they cut out a lot of his Joker scenes. That is the only right thing they did for the fucking movie. Leto brought absolutely nothing to the table. I still don't know what the fuck the Joker was doing in the movie. He served no purpose at all.

David Ayer had the gall to put his name in the credits. Written and directed by David Ayer. He should have put Alan Smithee in the credits, because he made a Z-movie. I have no interest in a sequel and thanks to the money they earned there will probably be another one. One of the best scams Hollywood ever did. Motherfuckers. And to add, another action movie franchise gone down the toilet.

I am glad I have TV shows that still deliver good entertainment. After this Suicide Squad, that should be called Suicide Squat because it delivered diddly squat, I hate Hollywood even more. Not because they screwed up Suicide Squad, but because they continue to deliver crap movie after crap movie. You are not getting my motherfucking money any time soon, bitches.
And geeez, is Cara Delevingne ugly. She makes Tori Spelling look like the most beautiful woman on earth. A starving actress could have used the money better than that untalented trust fund troll.