To commemorate the five-year anniversary of Talkbacker.com, here is my first of many articles published from the now defunct (?) site. 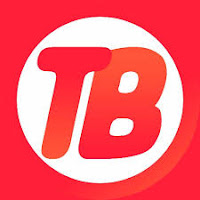 Previously, I heard internet rumors that a film based on the classic toyline; Major Matt Mason, written by Tom Hanks and directed by Robert Zemeckis was in pre-production. The Synopsis of the Mattel based film revolves around Major Matt Mason and fellow Astronauts as they fight for survival on a abandoned region of the Moon. Sounds Good enough for me, thus the powers that be should in the words of Commander Picard; “Make it so”! Basically, its premise is G.I.Joe but with a Sci-Fi setting. Super Joe was one of my first action figures as a kid and despite the shitty quality for the Toyline, (i.e. shoddy rubber limbs that deteriorate overtime, uniforms capable of tearing.)
Super Joe had cool designs for figures such as The Shield, Luminos and a Rocket Command Center that looks Gerry Anderson-esque. Give it a War of Worlds vibe by having SJ and his Adventure Team fend off constant attacks led by GOR King of the Terrons and Darkon who looks like a Clone of Super Joe Commander but somewhat cooler (aesthetically speaking.)
Who can pull it off? Zac Snyder has an eye for action cinematography despite the fact that Sucker Punch was a huge letdown, there were interesting action sequences and Zac has the talent for it, after all he did direct a Movie based on Superman, why not a Super Joe? 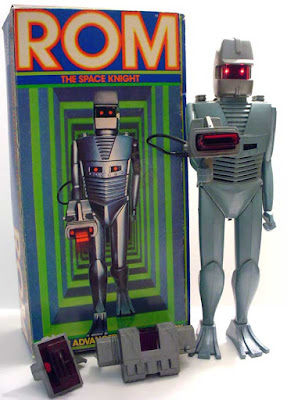 An obscure toyline that is mostly known from the Marvel Comic adaptation, which was a huge success and outlasted the Parker Brothers Toyline.
The setting should obviously mirror the events from the Comic in which ROM, a Humanoid from the planet Galador is volunteered to be transformed into a Cyborg warrior known as a Spaceknight in order to fend off the Alien threat of the Dire Wraiths be it his home planet, or Earth!
Who can pull this off?  Niel Blomkempt, he has the eye for storytelling mixed with hard hitting action sequences and a touch of Humanity as ROM questions his “sacrifice” to defend sentient life who may or may not welcome him with open arms. 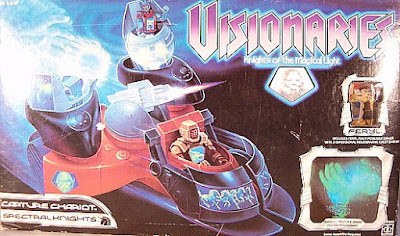 From the makers of G.I.Joe and Transformers comes a high concept line of medieval like action figures that displayed a holographic picture of a animal emblazoned on their chest that was to give a child the impression that said holograph represent some “transformation” from Knight to beast.
Skip the Sci Fi setting and make it during the King Arthur era instead.
Although the toyline, comic and animated series was short lived, there is originality to reintroduce this fascinating concept to a new audience. And with the right creative minds, it could be a success.
Sooooo who has the potential? I’ll throw out a few names here and there Ridley Scott (Kingdom of Heaven) Peter Jackson (LOTR saga) Kenneth Branaugh (Thor) or any director from Game of Thrones. 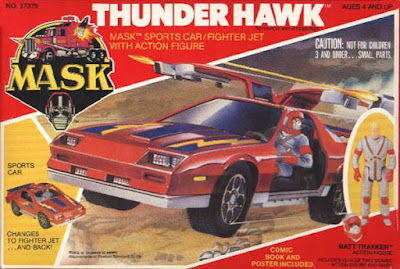 To compete with the huge success of both G.I. Joe and Transformers, Kenner develops a concept that is a hybrid of Transformers and G.I. Joe. Matt Tracker leads the Mobile Armored Strike Kommand a team of agents who utilizes transforming vehicles to battle VENOM, A criminal organization led by Miles Mayhem.
This toyline had an impressive shelf life and was considered a cult favorite among collectors and Pop Cultured enthusiasts as well. However, the DIC produced animated series leaves more to be desired with it constant comedic banter with bad puns. Way to tongue and cheek for my tastes. (Thank God Robotech came along!)
That being said, M.A.S.K. had an interesting concept that was more than just some wannabee. Who could drive this forward?  Fast and The Furious’ Justin Lin shows great potential, I guess. 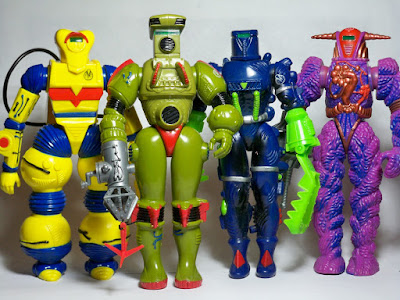 Between the Joes, Transformers, Air Raiders, Jem and Visionaries, the Mid to late 80’s was a pivotal Year for Toy Giant Hasbro so again here was a obscure toyline that didn’t receive much success but had an interesting concept especially for a Feature film adaptation; The Inhumanoids focuses on a team of scientists called the Earth Corps that battle giant subterranean monsters called the Inhumanoids!

For a series aimed at children and used as another vehicle to promote toys, this series contained subject matter that was controversial from elements of gore decomposer and deaths by corrosive acid gave this an edgier feel and raised the bar on the FCC’s standard and practices along with other cartoon series that are deemed violent. But this would be a sure fire hit if handled correctly.
I’m thinking Sam Raimi or more likely Guillermo del Toro who has a background for fantasy action and Horror. He’s also known for handling Giant Monsters, so why not? 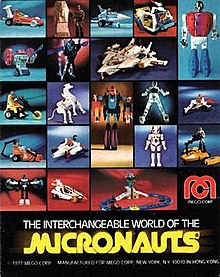 The iconic toy franchise that even pre dated Star Wars. From Die cast Figures to interchangeable vehicles and playsets, Micronauts, originally known as Micromen from Takara had an incredible run despite direct competition from Star Wars and this was in part due to Marvel Comic’s Bill Mantlo and the incredible Michael Golden who breathed life into these otherwise lifeless toys, to the extent that their concept was far different from Star Wars and in some ways, better. 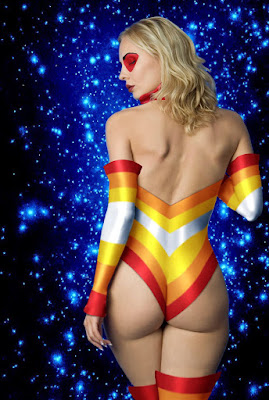 Micronauts was not only the very first official comicbook toy tie in, but the subject matter from said Marvel Comic touched on many issues that often occur in the real world such as; class warfare, harvesting of organs, fascism, racism, Arianism and human genocide (The assault on Acroyear’s  homeworld, Spartak, served as a political allegory to the massacre of  Native-American tribes during the old west.)Now I have often read that Gale Anne Herd was interested in optioning the film rights for the 'nauts, but that was over 4 Years ago however, a screenplay is still being worked on and shopped to Paramount as a potential distributor.  Ergo, there’s still hope I guess..

James Cameron would be my first pick; however he has his very own intellectual property that is perhaps the most successful film of his career .Soooooo who does that leave? Personally, I'm not crazy about JJ Abrams, (Who was originally interested in handling the project but then dropped out.) and in my humble opinion, Spielberg has lost his edge when it comes to fantasy films *Cough*Bayformers*Cough*Kingdom of the Crystal Skull*Cough*

Footnote: Sometime after this article, Hasbro has created steps in order to establish their very own “Cinematic Universe”  featuring past franchises such as G.I.Joe, Transformers, M.A.S.K., Micronauts, Visionaries and ROM The Spaceknight.  It seems as if Hasbro read my op ed and now, here we are! The first project to come out of this new universe is Bumblebee from the Transformers toyline. Hopefully, it will be a success thus ushering more Hasbro projects.And should it be a misfire this December, I’ll be content that it there won’t be another Jem and the Holograms movie! 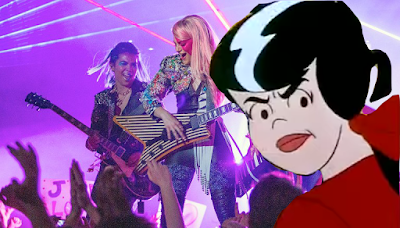