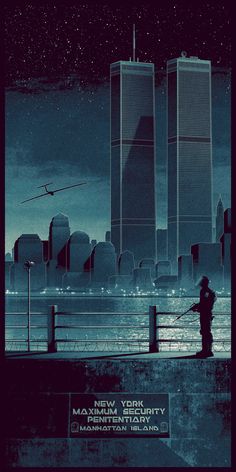 Continuing  remembrance of the infamous September 11th attacks, here are a few content within the world of popular culture, that were considered too insensitive to show due to that tragic date.

Some were projects/materials that r have not seen the light of day, be it film, television or videogames out of respect for the surviving members of  9/11 and America abroad.
As a result, many of you have missed out on content regardless if it adds more to a film or episode's overall narrative.

In this topic, I  will not only list which projects or scenes that were omitted, but also how Pop Culture predicted the September 11th attacks or at least hinted what would occur in the near future and how any changes may effect you!

Lets get to it! 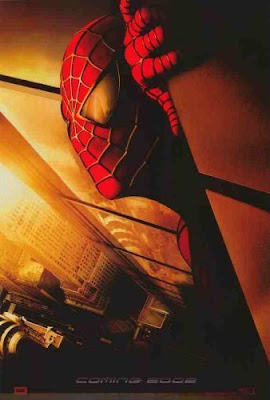 One of the very first films after Blade of course, to help establish the Marvel Cinematic universe as we know it! Prior to Spider-Man's release, there's a movie promotional poster with the reflection of the Twin Towers in Spidey's  eyes along with a teaser of him capturing a helicopter in what appears to be a giant web between the  World Trade Center.
Sony Pictures thought the wiser to remove the footage entirely after the September 11 tragedy. 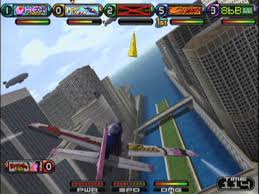 One of the last titles for Sega's Dreamcast console is part flight simulator, all arcadey aerial combat.
Despite the being scheduled for a September 19, 2001 release window, it was immediately canceled due to the ability to crash your plane into a skyscraper building. Ergo, another nail in the Dreamcast's coffin. So, about that XBox.. 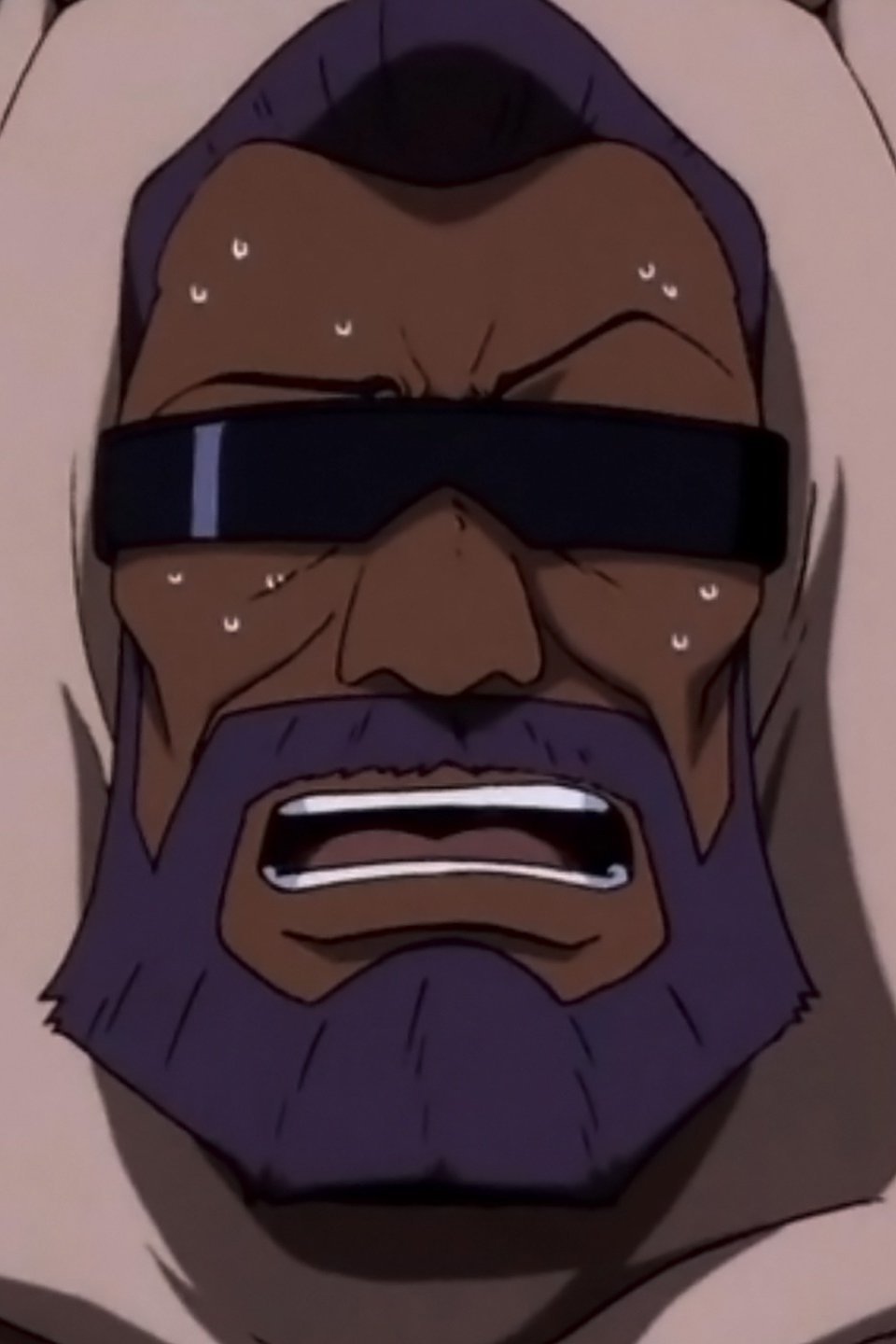 Not only one of the best Anime dubbed series to air on the Cartoon Network, but one of the best Animes period! During its run on the network, an episode titled "Cowboy Funk" was pulled from the Adult Swim lineup due to its subject matter that involved terrorist bombings. 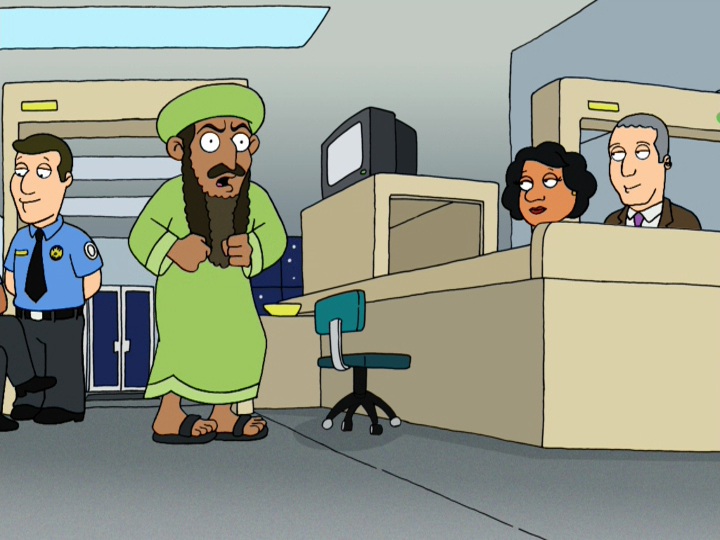 As if Seth MacFarlane's animated series couldn't have been more controversial, an episode titled "Road to Rhode Island" has an eyebrow raising scene in which Osama bin Laden distracts an Airport security guard while his X-ray machine detects smuggled weapons, was immediately cut post 9/11.
It seems that not all comedy is subjective. 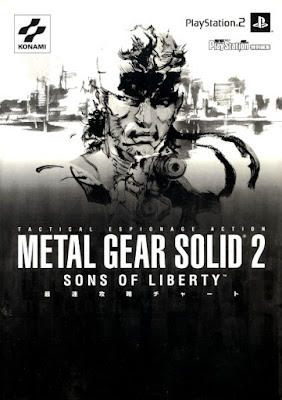 While I was a huge fan of the first MGS game, what began as a highly anticipated sequel to the series, turned into a major disappointment be it the convoluted story, lame cookie cutter villains who paled compared to MGS' Vulcan Raven, Sniper Wolf and Psycho Mantis. ("Fatman"? Fuck off!)

And to add insult to injury, Solid Snake, the franchises' main protagonist, was notably absent during most of the game. So, now that I have ended my rant, I bet most of you few readers here are curious as to what was changed before it's November 2001 release, well here's the 411 on the aftermath of 9/11: Although the plot focused on renegade terrorists in New York City, cutscenes like a futuristic mobile fortress destroying the Statue of Liberty as with much of the Financial District in Manhattan was removed along with footage of the Twin Towers. Suspension of disbelief, be damned!! 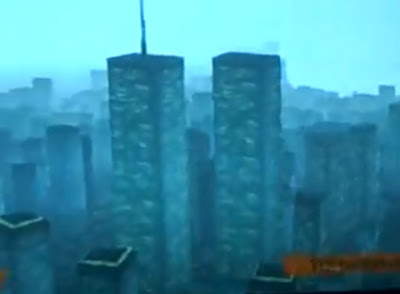 Not that any of those omissions would change my overall opinion about this game, but the ill timing would have been a major hot topic if not another means of plausible denial when art imitates life. 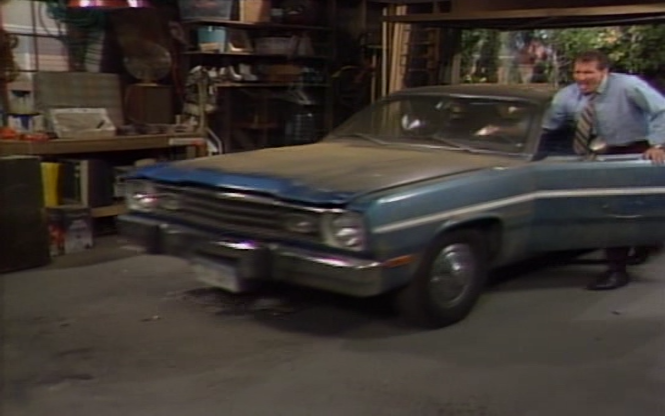 What we have is another controversial  show from FOX Networks. During its syndicated re-airings, an episode titled "Get outta Dodge" was cut entirely after the September 11th attacks.
The plot incurred two  bomb carrying Arabs offering to buy a Dodge clunker car from Al Bundy for a mere $40 while asking for directions to the Sears Tower. Ouch!
Note: Married with Children episodes for the most part, were filmed in the 80's. What irony!


And speaking of "irony", during the first act of the cult Sci Fi dystopian classic, John Carpenter's Escape from New York, there's a dramatic scene where a terrorist takes control of Air Force One.

After giving her manifesto to the United States Police Force, the hijacker crashes the plane into what is seen as a skyscraper building near the Financial District. EFNY foreshadowed 9/11, 20 years ago!
Escape from New York was released in the Summer of 1981.

G.I.Joe, whether it's the toys, comics or even children's animation, G.I.Joe A Real American Hero have made it more than obvious that their main purpose is to defeat terrorism, long before terrorism was such a major topic.

This was during the 1980's and fast forward to the month of September 11th of 2001, Image comics under its subsidiary publisher Devil's Due had  initially planned on relaunching the continuing adventures of Duke, Scarlett, Snake Eyes and the rest of America's Special Mission Force, but as expected, the comic was delayed from September to October of 2001 out of respect to those who have perished from the terrorist attacks.

The huge success from the comic itself resulted in a new renaissance of 80's revivals like Masters of the Universe, Transformers, Thundercats and so forth. Oh what a difference a month makes! 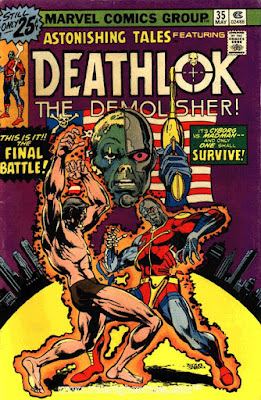 Now stop me if this before-"Life imitates art"! While Deathlok's stint in Marvel's Astonishing Tales was a ground breaking gamechanger  due to its nuance and influencing other comics and most notably, films, there was a moment in an story that despite being overlooked by your average comic reader, had predicted what is deemed "purely coincidental"

In issue #35 entitled The God Machine, the antihero cyborg Deathlok, finally confronts the deranged Major Simon Ryker, the man not only responsible for turning Col. Luther Manning into part man, part monster but all machine, but also gaining control of a virtual reality device that gives Ryker to power to dominate all computer networks thus aptly named "The God Machine"!

When drifting into cyberspace, Deathlok witnesses an explosion in Manhattan, Ryker's theorized that it was a terrorist attack. Manning deduces that it was Ryker himself, who may have caused the disaster thus giving him the opportunity to initiate his fascist policies.

This is reflective of real life situations where certain Politicians have often utilized catastrophic events such as the September 11 Attacks, to pass both unconventional and controversial legislation  as in the Patriot Act or the NSA monitoring phone conversations as a prime example.

There are plenty of citzens who would  easily embrace these policies when exchanging their personal freedoms for security and that's uncomfortably alarming of a world yet, to come.

Do you know of any 9/11 coincidences or trivia in pop culture?
Drop em in the comments section below.

Meta-Man loves to tackle self referential art  which may be seen as a reflection of today's society.
Be it political allegories or satirical references, he's on it!