Remember the time when Marvel movies were cool and Disney didn’t get their greasy hands on the Marvel properties? Remember when the first Blade hit the cinemas and how badass it was? And remember that if it wasn’t for Blade Hollywood would never have started the shameless superhero cash-in?

Marvel has a few cool black characters and Black Panther is one of them. But, Disney got its hands on them so that didn’t bode well. I have to say, that I wasn’t able to read the complete Christopher Priest Black Panther run and Marvel asks way too much money for the whole run which I refuse to give them. Why? Because, fuck you Marvel, that’s why! You let readers of all ages and generations down by selling your ass to the evilest company in the world-Disney! Not to mention, the shit you pulled during the 90s with your variant covers, severe X-people crap and other very uninspired comics you produced. Yes, there were a few good things like the Guardians comic, the first seven Ghost Rider issues by artist Javier Saltares, the Silver Surfer comic reintroducing Thanos, The Thanos Quest and The Infinity Gauntlet, but the rest was utter crap. If it weren’t for Valiant and DC comics in the 90s should be called shitstains 0f the 90s.

Throughout the years Black Panther has appeared in various comics and one could get a bit of a feel of who the Black Panther was. He was noble, and he was no chump. In a way it is a shame I didn’t get to read the complete Christopher Priest run before watching the movie, because I can’t really compare what I saw in the movie. However, I can say what I didn’t like.
First, I was afraid they would Lion King the Black Panther. But at least that nightmare didn’t come through.

So what did I want in the movie? I wanted beautiful nature, African mysticism, African culture and a badass story. Ofcourse Disney wasn’t gonna give me that. Why? Because they turned countless of generations into class A pussies with their products for years and years.
So what did I expect? The typical stupid Disney “humour”, a neutered Black Panther, a storyline you could flush down the toilet right away, pandering to African people and some cameos from other superheroes.

The first thing that pissed me off was seeing black kids playing basketball at night. Yes, I do realize that it happens, but could you have been more original, Disney? I was seriously expecting some "melon and chicken" as well after seeing that shit. MOTHERFUCKERS!!!

The second thing that seriously pissed me off was that they didn’t allow the black women to be nubile by shaving off their hair. Shaving off the hair is the most humiliating thing for a woman after rape. It takes away their femininity and in the old times one of the punishments for women was shaving off their hair. Not to mention that Holland in his often-dark history did something that pisses me off to this day. After the Germans were defeated in WW2 and left Holland, women who dated Germans got their hair shaved off by Dutch “heroes”. They didn’t have to the guts to do that during the war, but after the war they were so brave. COWARDISH MOTHERFUCKERS.

I seriously spit, shit and piss on cowardish people like that and all their ancestors.
And don’t give me that bullshit about the women in Black Panther needed to shave off their hair because they are the elite guard fighters, so no one can pull their hair during a fight. In that case Wonder Woman should have been bald as fuck.
Needless to say, I was seriously disappointed by that portrayal of black women in Black Panther.
According to Disney black girl power women are bald. MOTHERFUCKERS!!!

And what the fuck was the deal with the people showing each other the inside of their bottom mouths? Is that a joke, Disney? Is that supposed to be funny? I have never heard, and someone can correct me on that, that African people have been marked like cattle in the insides of their mouths. WHAT IS THAT SHIT?
That Disney kids in awe shit needs to stop as well. It seems in every movie they make kids must be in awe of something. FUCK THAT SHIT!
And why did Black Panther’s sister need a Princess Leia hairdo? Someone please explain this to me?
Of course, no other superheroes made a cameo in Black Panther. Talk about trying to support your new franchise.
And what was that bullshit with Black Panther kicking that doll and getting humiliated? FUCKING DISNEY!!!
Of course, the bald black woman starts complaining about her wig. Disney “humour” at its best. MOTHERFUCKERS!!! Disney knows shit about humour. Never did and never will.
The car chase was lame as fuck. Totally uninspired.
Klaw was a super lame ass villain. He would have fit better in a Batman movie playing The Joker. What the hell were they thinking? And why did they waste so much time on him just to kill him in the middle of the movie?
What also annoyed me was that Black Panther rips off Klaw’s arm with lots of witness and Klaw calling the Wakandans a bunch of savages proving Klaw’s point. Way to build a superhero, Disney, let alone a Wakandan.

And why did they make Black Panther’s father a murderer? What is that shit and what the fuck was that supposed to accomplish? You don’t see Tony Stark’s father murder someone. But of course, since the Wakandans are black people let’s do something to give them another stigma. Awesome work, Disney. MOTHERFUCKERS!!!
The end battle was utter crap. Totally uninspired.
To summarize the movie in short. The real hero of the story was Erik Killmonger. Black Panther was the bad guy. Wakandans are portrayed as racists. To this day I don’t know what the story was except for Killmonger wanting to have revenge and rightfully so.
I feel sorry for Chadwick Boseman, because I like him as an actor.

For once in their lives, Disney could have made something, that would put black people in a good light and make them proud, but the way I see it, it made them even less sympathetic. They also could have made something unique but dropped the ball big time. It’s obvious that Disney never cared about making quality, but only about stealing money from your pocket. I knew that, but that doesn’t mean I can’t rant about it. The day Disney makes a movie that will make me go “Holy shit, holy shit” is the day shit won’t tell puke it stinks.
And  since when did Wakanda have space ships in the comics? If not, it’s another "Star Warsing" attempt. MOTHERFUCKERS!!! 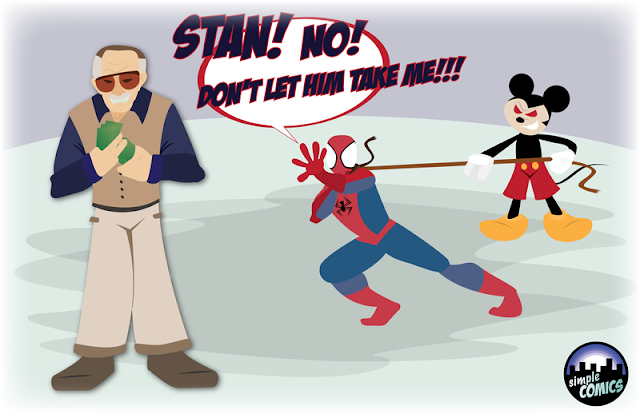 For another review of Black Panther, click here at Razz's!