After the success of Netflix's Luke Cage series, DC has decided to throw their hat into the ring with their very own Black Superhero TV series.

I have to say, that this series is unlike any other Superhero program whether it's  the previous offerings from DC or Marvel/Netflix!

Based on the obscure DC Comics from 1977, Black Lightning is centered around its titular  protagonist, Jefferson "Jeff" Pierce- a  Superhero with electrifying  powers who turned in his life of crime-fighting in exchange for a gig as a Principal at of all places, "Suicide City"!
I presume that's CW's version of Southside Chicago or as it's often referred to as Chiraq.

Pierce is a man who strive to help the community and reunite with his wife and two daughters.

But after learning of  his daughters being kidnapped and held up in a Motel to get pimped by a group of hardcore gangstas, Jefferson is once again, forced into the life! Black Lightning is the best new series from CW's "Arrowverse". The dialogue is witty and abundant with social commentary that reflects what is happening in the real world be it racial profiling,  abuse of authority, rampant urban crime,  activism and sexual identity politics.


There are a few iconic quotes from the legendary Dr. Martin Luther King Jr and an ol skool soundtrack courtesy of R&B greats like Issac ("Duke of New York") Hayes, Al Green and a few others.


The action doesn't  pick up until the last 15 or so minutes, but when it happens, you'll cheer as BL  sticks it to the hoodrat thugs and even a Motel um, "customer"!


The depictions of urban gang violence is graphic storytelling without pulling any punches. (Watch 2nd Episode to see what I mean. ) It's tragic yet poetic as in a means to justify Pierce's epiphany to clean up Suicide City and crush the conspirators behind it-The 100 spearheaded by Tobias Whale.

I found the acting performances standard CW fare and as with the other DC shows, there's little to no star power unless you count James Remar of Warriors fame where he is cast as Jefferson’s mentor-Peter Gambi,  who guides  in the straight and narrow path ala Django Unchained. But if you're familiar with the comics, things are not what they are projected to be. With two episodes in, Black Lightning is off to a damn good start and hopefully, we'll see a crossover between him and the other CW legends of today. (See what I just did there?) The revolution is now televised! 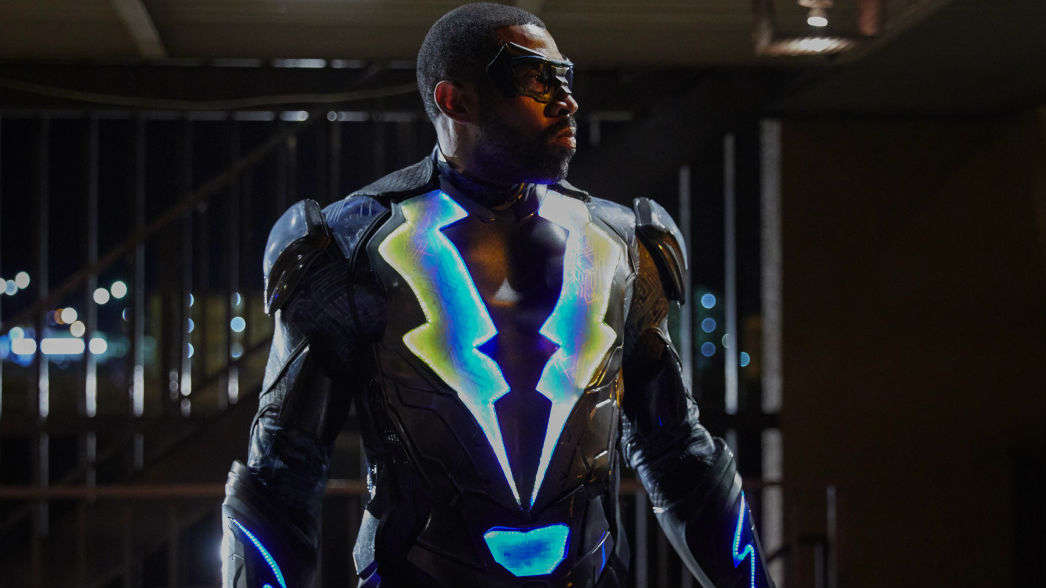