So another year has come and gone. Well, as of this writing, will go the way of the dinosaurs!)
2017 was a memorable year indeed and not for its scandalous topics of corrupt Politicians, Sexual allegations of serious misconduct, charlatan parents of a lying brat, terrorism coming from "all sides", rampant racism, Mother Nature fucking shit up and of course, President Dolt 45!
Oh, what a year it was and the sooner it exits stage left, perhaps the better? But I digress, anyways, escapism has always been my personal retreat from all the madness that life has to offer.
Be it vices like Movies, Television or videogames, these mediums of Pop Culture are some of the tradeoffs and as this year ends, let's get into it!

Guardians of the Galaxy Vol. 2

In this anticipated sequel to the breakout Marvel franchise, Starlord and the gang of galactic misfits are back and this time, they're facing perhaps the biggest threat in the galaxy!
Although the plot is mainly focused on the revelation of Peter Quinn's father, the narrative itself takes a sudden turn to something more. The setting is somewhat akin to 1986's Transformers The Movie as the Guardians are split in different quests and environments. Not to mention how the main baddie is reminiscent to Unicron or the assorted soundtrack that is primily based on the classic rock genre.
Vol.2 is rich with humor, quirkiness, drama, sacrifice and pathos especially toward the end and speaking of "end", there are four post credits and the one that had me cheering the most is the mention of a guy named "Adam"!Oh, I'm looking forward to GOTG Vol.3 more so than ever!

After two disappointing attempts at making a palatable movie based on Marvel's venerable mutant and anti-hero, as that familiar saying goes; "The third time is a charm" as we witness Wolverine being the best at what he does and it isn’t nice!
The pairing of Hugh Jackman and Patrick Stewart perhaps for the last time, is well received as the interaction between the two characters is very touching, melancholic and humorous as in a buddy road comedy. Dafne Keen is a great addition and I can’t help but admire the ambiguous "Father, Daughter" relationship.
There are a few surprising twists unfolded throughout the film and the ending itself is a tearjerker.
Logan is both dystopia and western with a few well-placed callbacks to the X-Men franchise and a classic western film of old. Also, it’s funny to see Xavier thrown in a few F bombs! One of the best swan songs I have seen in ages.

When I first got word of this film from the directorial debut of Jordan Peele from Keanu and Key & Peele fame, my reaction was just that-"get out"!
To my chagrin and delight, Get Out is a well done psychological thriller and dark comedy.  The suspenseful pacing and social commentary are rich with underlayers of truth. Not all is what it seems as in the beware of “Wolves in sheep’s clothing” metaphors. If that wasn’t bad enough, another subliminal message is akin to worse-real life horrors such as organ harvesting!
Get Out is an example of how to produce a good film without being marketed as some CGI saturated Hollywood Blockbuster epic. Props to Mr.Peele and I'm looking forward to his future projects!

After two failed attempts, DCEU finally managed to hit their mark!
Wonder Woman is an enjoyable Superhero film that embodies various genres War, Comedy, Drama and even a little romance. Gal Gadot delivers the goods as the titular character despite skepticism of her casting, she became the more likable of the big three. Sure there were a few tropes borrowed from other comic based films, but WW still stands on its own as both original and one of the best DC films in years!

You decide after watching this clever “docudramady” based on the rise and fall of infamous Ice Skating champion turned pariah, Tonya Harding!
Margot Robbie (Suicide Squad) gives a tour de force of Harding's not so humble beginnings and how she endured abuse from those she loved. Throughout the story, there are well expected forth wall breaks and interview reenactments. As with GOTG Vol. 2, the film is loaded with retro soundtracks. (I, Tonya makes the second time I heard Fleetwood Mac's "The Chain". Not something I would listen to, but somewhat easy on the ears.) Both Robbie and especially Allison Janney as the abusive disciplinarian authoritarian bitch of a mother, deserves an Oscar nom for best Supporting Actress!

After 35 years, someone had the bright idea to highlight a sequel to the cyberpunk neo noir classic-Blade Runner. Originally, I thought, "too little, too late" but guess what? Not only was the sequel good, but it had exceeded my expectations! In Blade Runner 2049, the main protagonist known as "K" (Ryan Gosling) unravels a mystery that may decide the fate of all Replicants forever!
There wasn’t a moment where I found myself checking the watch for a 2-hour movie that's not heavily focused on hyper action scenes. The story itself is well written and there a quite a few imaginative set pieces, amazing effects and a spectacular soundtrack.
As a fan of the first Blade Runner, I was happy to notice a few callbacks, be it returning cast members, music cues from Vangelis' excellent soundtrack or the infamous "More Human than human" phrase. 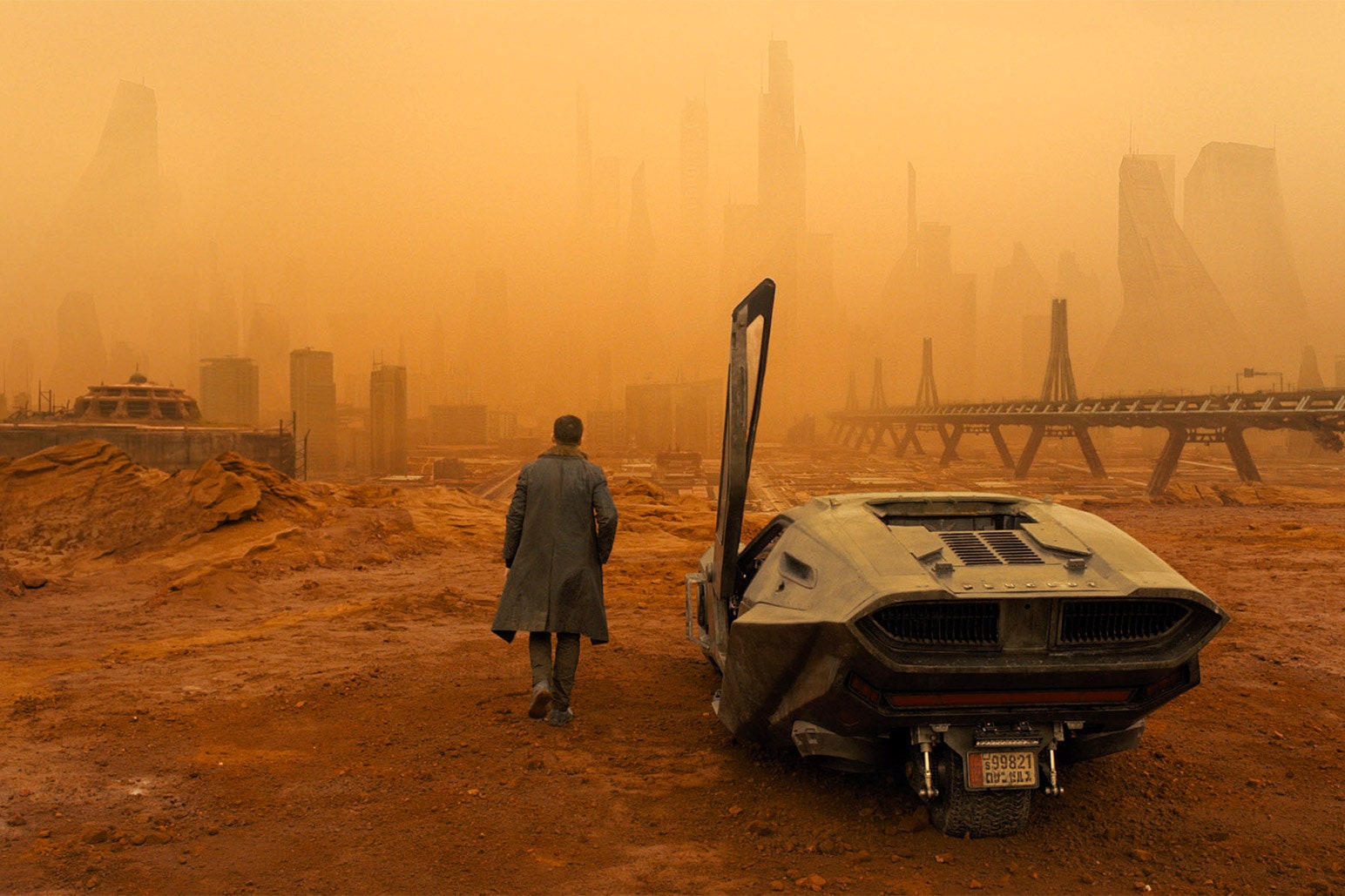 Gosling does an extraordinary job as the emotionally conflicted Blade Runner K. Not only is he on a quest in search of a missing child who holds the key to the future of the Replicants, but a man in search of his soul. The plot arcs remind me of 2006's Children of Men and  2013’s Her, as there are minor similarities between the films. K’s emotional connection to a holograph-Joi gives a further glimpse of how far technology will advance in a hopeless future where even automation can substitute an actual human being for those seeking companionship. The pairing of K and former Blade Runner-Rick Deckard, is perhaps the best part of the film as the story itself reaches its conclusion that is both heartwarming and heartbreaking.

Blade Runner 2049 proves that even fir a long-buried franchise, there's still enough world building and potential for a good sequel. Best film of 2017! 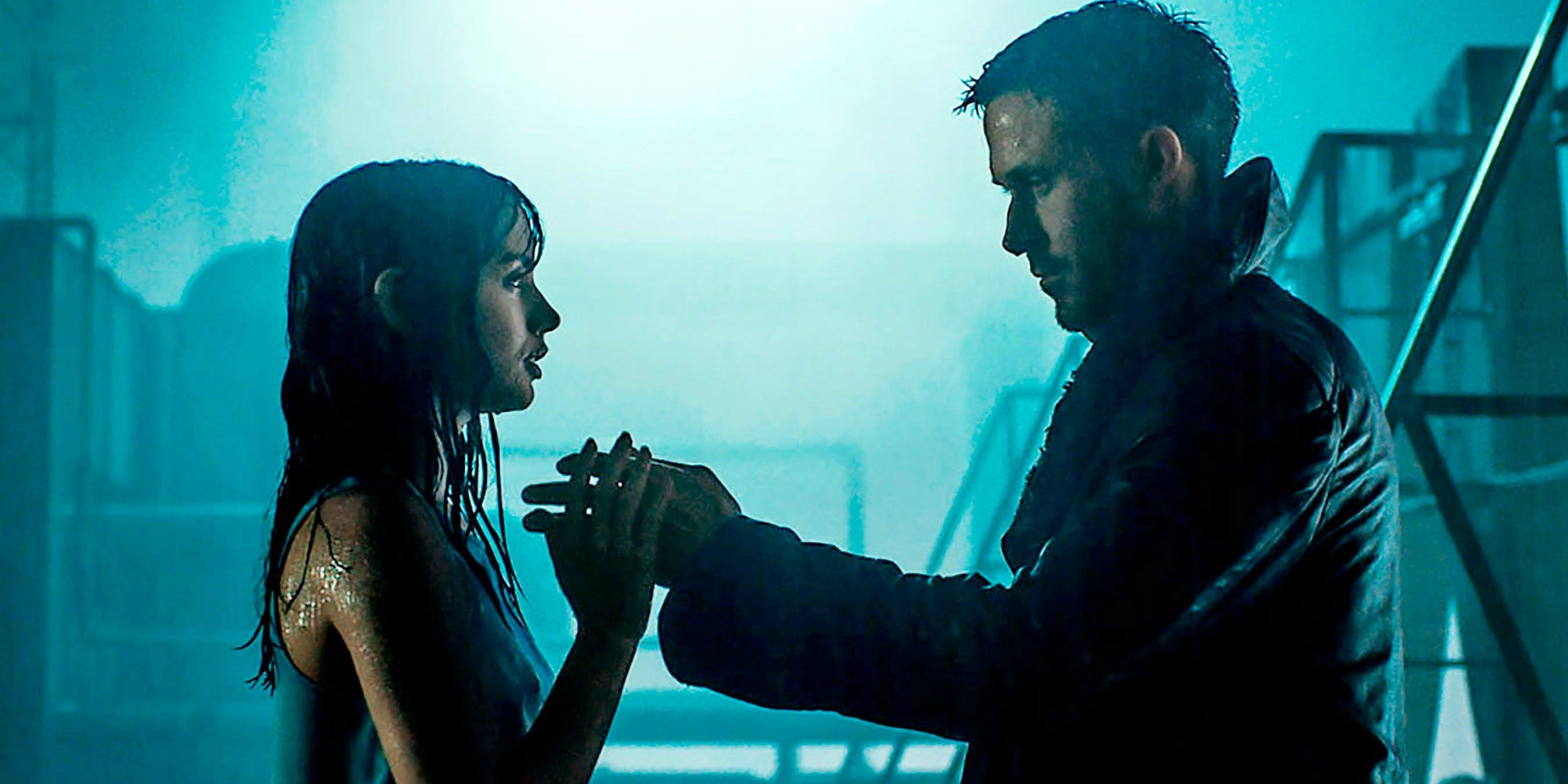 Rest of the best:

War for the Planet of the Apes

Best of 2017 Blade Runner 2049 Get Out Guardians of the Galaxy vol.2 Logan Wonder Woman Zac Snyder