Anime Amok is a series of articles dedicated to the most controversial Anime shows and OVAs. As it’s my personal mission in life to inform the reader, meaning-YOU, that Anime is not all about Mecha, Martial Arts, Cutesy characters and High School Comedies and such. Let’s take a trip on the wild side of Anime.

Netflix’s hit series Stranger Things, is known for paying several homages from 80’s pop culture references, however, there is one of the protagonists from the series, that was inspired from an anime series that debuted not too long ago. Eleven’s story arc and premise is loosely based on Elfen Lied; an exceptional paranormal tale that encompasses various metaphors and subsequent themes of social alienation, identity, bigotry, revenge, abuse, jealousy, regret, redemption and the value of humanity. In a nutshell, it’s like a David Cronenberg, Stephen King and Alan Moore concept but with a sprinkle of X-Men sans super heroic tropes.

Synopsis:  University students Kohta and Yuka (Kohta's cousin) save a Diclonius girl called "Lucy" when they see her naked in a beach. In fact "Lucy" is a serial killer who is being searched by the government but they are not aware of who "Lucy" really is because her personality is split.

The Dicloni, are of a mutant species similar to that of humans in build but distinguishable by two horns on their heads and "vectors", transparent telekinetically controlled arms that have the capability to manipulate and sever objects within their reach. (Up to 2 meters in Lucy’s case.)The sole purpose of the Dicloni, is to destroy Mankind (Because of their flaws and imperfections) and repopulate the world. Lucy’s motivation for seeking revenge on humans, was due to rejection if not being utilized as “Research material”. 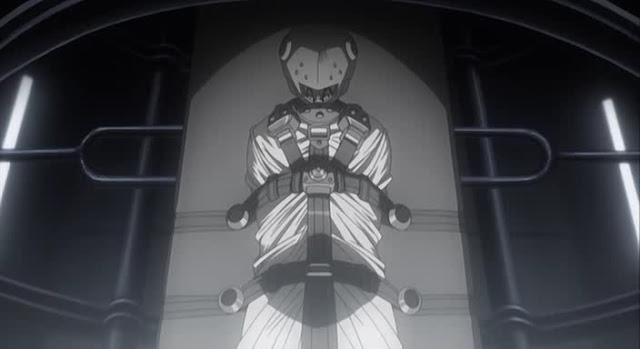 At first glance, one would be quick to assume that this is some family friendly Anime just by the cutesy character designs especially when it comes to how females are drawn but don’t let that fool you for a second! Despite a few scenes of comedy relief, Elfen Lied packs quite a punch. 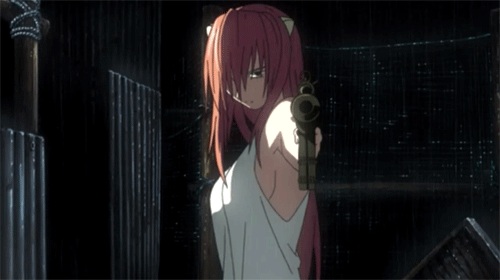 During the first 3 minutes of the premiere episode, the Diaclone protagonist called “Lucy” escapes from a research facility but not before severing limbs and other appendages of security and even a dimwitted staff member. But that pales compared to the shocking themes that are to occur.
An Incestuous relationship between two of the supporting characters, a disturbing flashback of someone getting raped as a child by her Mother’s Boyfriend, and the heartbreaking slaughter of a Puppy committed by three unruly ass Bullies. Let’s suffice to say that the little shits got their just desserts.
The aforementioned scene reminded me of that infamous Miracleman Issue in which Johnny gets revenge on his tormentors in some orphanage.

Lucy’s backstory/origin (See: Beginnings) was perhaps the highlight of this series due to the fact of how her innocence became lost and in turn, her contempt for Humankind based on her traumatic experiences of alienation.Lucy comes across as some schizophrenic Magneto with sociopathic tendencies that rivals the Joker. (Both characters have progressed toward villainy due to unfortunate circumstances.)
Underneath the blood and carnage, there are quite a few moments of innocence and that’s from her alternate persona; “Nyu” who comes across as very childlike and can’t speak a word other than her name. I enjoyed a few moments from Mayu striking a friendship with Dicloni Girl Nana to the dickhead Mercenary happens to often run into the main characters in his quest to assassinate Lucy.
There’s also the love triangle between ”Nyu”, Kotha and Yuka  that serves as a focal point to the storyline and tensions often arise due to jealousy and mistrust to the extent of a horrific outcome. 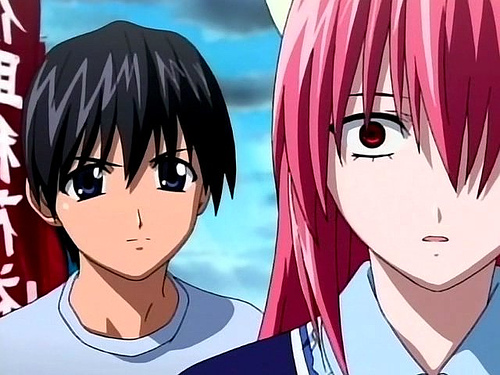 The animation is the standard far like you would expect from other series such as Noir, Gunslinger Girl and the like. However, it’s the writing itself that is Elfen Lied’s strongest suit. The Music blends easily with the episodes’ psychological tone especially the melancholic theme song Lilium, which is often used throughout the series.
In spite of its pretentiousness, Elfen Lied is a good series that is worthy of a Movie adaptation. Certainly a much better concept than I have seen from the likes of M.Night Shaylaman however, very familiar to classics such as Carrie, Scanners,Firestarter and now, Stranger Things. 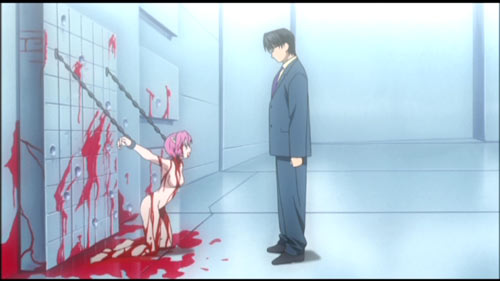 it's ending is somewhat ambiguous and there are some unresolved subplot threads, however, these minor flaws shouldn’t deduct any of the good qualities from the series.Elfen Lied is no doubt controversial thanks to its taboo subject matter, but will not leave you bored or gravely disappointed. Whether you're a fan of actressMillie Bobbie Brown's Eleven, or just love  suspenseful storylines, psychological Horror and copious amounts of Blood and Gore but with less filler throughout the 13 episodes. Go for it!

" I think there's two things. One is anime. Matt: Everyone's picked up everything. There's a kind of obscure anime called Elfen Lied, and it was like the first trailer, someone was like, in the comments, someone pointed out, "Oh, this reminds me of Elfen Lied."-Ross Duffer

Elfen Lied is available on Hulu.