Showing posts from April, 2022
Show all

The Top Most Shocking Episodes from FX's The Shield!

One of the most influential series in television marks it's 20th anniversary and to commemorate this series, Stalks and Bop list their most controversial episodes from FX's The Shield!
Post a Comment
Read more

Be (Very) Careful What You Ask For... 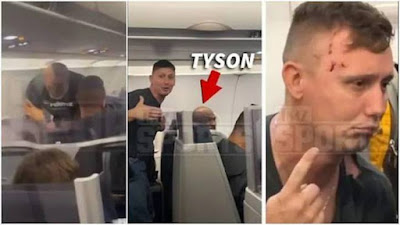 In current news, a passenger on the Jet Blue airline initiated trouble with Heavyweight Boxing legend, Mike Tyson and didn't expect what was about to come....or did he? Regardless, that troll who provoked Tyson had it coming and many others like him, who start shit. I don't have to be a clinical psychologist to explain reasons behind provokers or provocateurs cause trouble other than say, they're miserable incels incapable of getting laid, or pissed off that they are not getting enough attention when they were a child. Or maybe they are just failures in life and if you exist mostly to incite trouble to those who don’t deserve it, perhaps you need to get "checked." Now while the internet can be a good thing, whether its obtaining information, communicating with like-minded peers having friendly discourse, there's that undeniable toxicity floating around like shit in a swimming pool, and just as unwelcomed. Troll Culture! Ever since I have been on the nets, I&#
Post a Comment
Read more

In Search of Tomorrow (Review) 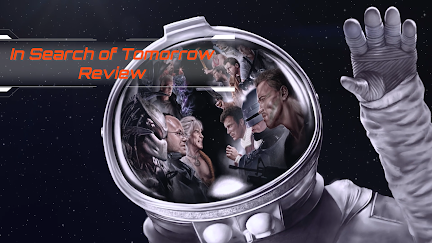 1982 marks an incredible milestone of one of the popular genres in cinema, Science-fiction! Where The Road Warrior, ET, The Thing, Star Trek: The Wrath of Khan, and the first Cyberpunk cult classic, Blade Runner made their debuts. This was also the time when the emerging VHS market was a boom throughout the infamous decade. Creator VC and Writer, Director David A. Weiner who I first learned of after watching In Search of the Last Action Hero and of course In Search of Darkness has dropped a new documentary and he is putting extras on it, as in five hours of material! As with 2020's In Search of Darkness, In Search of Tomorrow centers around the humble beginnings and the phenomenal impact of the science-fiction film genre throughout the 80’s-decade courtesy of a who's who of iconic Sci-Fi actors, directors, musician and producers within the motion picture industry.  Rounding out the rest, is influencers, an Astrophysicist, a Futurist and a Clinical psychologist. But it’s heavy h
Post a Comment
Read more

And Now, My Review of The Batman! 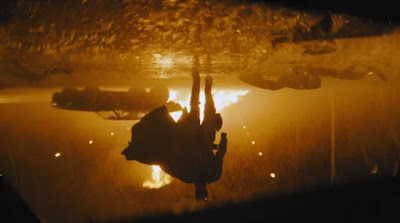 Well over a month after the film's theatrical release, Director Matt Reeves’ The Batman has arrived on the HBO MAX streaming platform! MINOR SPOILERS BELOW! But is this latest reboot based on the iconic Superhero slash vigilante, featuring Actor Robert Pattinson ( Twilight, Tenet , and The Lighthouse ) who dons the cape as the new titular character who investigates a murder of a Gotham politician that leads into an intriguing web of lies, deceit and corruption that may break or make his crime fighting career. Running at 176 minutes, The Batman wastes no time focusing on some origin’s narrative. After a brief prologue, there’s a title card with noting, except "The Batman" text. Afterwards, we hear a brooding Bruce Wayne providing narration of a decaying Gotham City reminiscent of 1976's Taxi Driver but less angry and unhinged than Travis Bickle. During the night, the streets are rampant with crime and disorder which is the perfect opportunity for the Bat to come out
Post a Comment
Read more 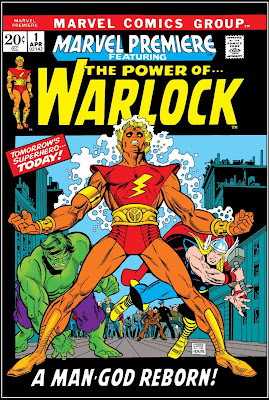 Wouldja believe that this month of April marks the 50th anniversary of Adam Warlock's first appearance? While most comic aficionados can recall his original debut in Fantastic Four known as "Him", it was 1972's Marvel Premiere #1 that reinvented this once obscure character with a more established lore. In this segment of "Paperback," I will focus on the first three issues of Marvel Premiere's " Power of Warlock" which was written by comics scribe, Roy Thomas detailing the reimagination of the iconic gold skinned "Ultimate Avenger." The early Seventies was rife with counterculture, cynicism and uncertainty, whether its civil unrest, disdain of the Vietnam War, further mistreatment of Black people, and the infamous Watergate scandal. This era was perfect fodder for what began, as the Comicbook's Bronze age! Out was the old guard and in exchange new writers and artists took on experimental, albeit bold storytelling equivalent to the
Post a Comment
Read more
More posts