Showing posts from November, 2021
Show all

Remember, remember that Year in November (1991) 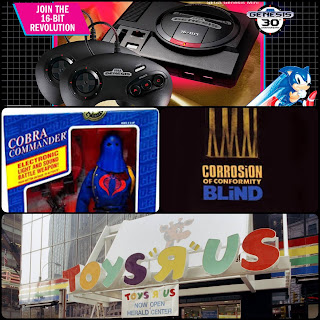 Ah, remember back during the year of 1991 when things were fun, simple, and far less complicated that today's total outlook? There was less racial strife compared to today, well, aside from the Rodney King beating and Bush senior's "War on Drugs". No agitators like FOX News doing shit stirring, no Twitter Wars, Toxic forums filled with basement dwelling trolls, or frivolous Cancel Cultured Pseudo Justice Warriors who call out the "misdeeds " of others as a means of some self-congratulatory blowjob! No one stirring at their portable devices, and you can call your friends and relatives via phone, then "Texting"! There were only two genders, there wasn’t any narcissistic attention whores all over Two-facedbook, Instaspam, or Tik-Tak and when you met a woman for a date, it didn’t depend on being “swiped to the right” or whatever. Operation Desert Storm was over in a matter of months compared to the 20-year clusterfuck in Iraq and Afghanistan, there was
Post a Comment
Read more

After the unfortunate demise of SEGA's Dreamcast which forced the iconic Game Developer to exit the hardware business, Sony's PlayStation 2 had gained more of a competitive edge against Nintendo. (Prior to the launch of GameCube) The latest Console Wars is about to get more interesting as the latest contender from the United States, enters the arena in a market that was previously dominated by Japan! " One must stand, two must fall?" Using components from PC architecture, the engineers at Microsoft, had constructed a gaming console that would also function as a multimedia device capable of playing DVD Movies and music CDs. The Xbox made its debut in November 15. 2001 just in time for the Holiday season preceding Nintendo's GameCube by three days and the hype was somewhat justified as this big black box had potential for greatness and not a one and done console like the Atari Jaguar. Specs: Custom 733 MHz Intel Pentium III "Coppermine-based" processor Mem
Post a Comment
Read more

Eterno! Why I cannot cosign on Marvel Studios' Eternals 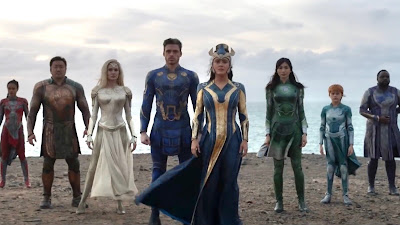 While it’s no secret that while I am a huge Jack Kirby fan, who collected the comics this film is loosely (with the emphasis leaning heavily on "loosely"!) based on, I cannot endorse this Cinematic adaptation especially during its opening day which is tomorrow. Y'see, Kirby when had this vision of an ensemble team if Supergods, it had meaning in a high conceptual context although inspired by Chariots of the Gods and self-referenced from his previous work from New Gods, the Eternals took on an original premise of its own when you include three species and the arrival of Space Gods, that were very tantamount to the Comics. Kirby's Eternals had a limited run during the mid-seventies however, what was presented was grandiose epic in scale but far from pretension as the reader can ascertain what Kirby tried to establish. Sure, it was filled with comic clichés and b movie dialogue but the overall execution of this Science Fiction and God mythology mash-up with an intriguin
Post a Comment
Read more
More posts