Showing posts from September, 2018
Show all

Welcome to the video version of Trailer Trashed where the gang takes on recent Comic Film trailers, teasers, etc. It's no holds barred i.e. "No Vaseline"!! Now, here's our friend, Kim's "response" to the new X-Men: Dark Phoenix Trailer Also: a message from "Venom"!
Post a Comment
Read more

In this piecemeal of a podcast, (As in over 40 minutes of content was omitted due to a faulty recording app.) The Terrifying Talkbacking Triumvirate discuss and "dissect" the recent Marvel based movie trailers and more!You dont want to miss out on this unapologetic and outspoken podcast! Video version coming soon!
Post a Comment
Read more

Aliens, Pop Culture and You!

Remember the time, when Director and Screenwriter James Cameron was fucking brilliant? In my case, I must think back well over 30 years ago since the 1984 breakout film called The Terminator which had springboard his career leading to more projects including one in particular. This little film called Aliens! James Cameron’s Aliens was not only one of the best sequels of a franchise but also one of the best SciFi Horror films, ever!   Fresh from coming off the huge success of his dystopian cult classic, ( The Terminator ) Director James Cameron along with his then wife Gale Anne Hurd has been offered a rather lucrative gig to write produce and direct the sequel to the classic Sci Fi Horror, Alien. Cameron at the time was working on Terminator but manage to write a draft for the sequel and sometime afterwards, began work on the sequel. Aliens takes place immediately after the events from 1979's Alien in which the protagonist Warrant Officer Ellen Ripley (Sig
Post a Comment
Read more 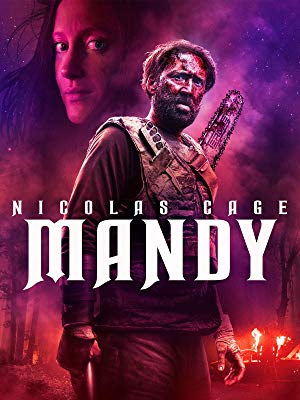 The following review is from one of my colleagues since the glory days of AICN-Asimovlives! When Asi highly recommended that I watch Beyond the Black Rainbow by Director Panos Cosmatos, I told him about his new film that has been getting a shitload of buzz! Mandy featuring Nicolas Cage, is set in the primal wilderness of 1983 where Red Miller, a broken and haunted man hunts an unhinged religious sect who slaughtered the love of his life. Immediately after watching Mandy , Asi sent me his views and opinions of this indie horror gem. So let's get to it! Note: The comments have slightly been edited for context. I have been following Panos Cosmatos career for a while, like every 6 months I refresh his IMDB page to see if he has a new project. All because I’m a big fan of his first movie, BEYOND THE BLACK RAINBOW. His latest movie must have had a very fast turnaround from unannounced project to ready for release. So, again, thank you! I had a blast with the
Post a Comment
Read more

What happens when the Police decides to uphold the law within their own hands? Written by John Milius (Conan the Barbarian, Red Dawn) Michael Ciminio (The Good Hunter) and directed by Ted Post, the 1973 Dirty Harry sequel Magnum Force with Clint Eastwood reprising his role as Harry Calahan (Dirty Harry”) investigates a string of murders enacted via death squad who gives a whole new meaning to “serve and protect”. Unlike the first film, there is no picturesque scenery of San Francisco during the intro. Instead, we are treated to an unusual but snazzy score, a bizarre chorus (Courtesy of Composer Lilo Schifrin) with a hand firmly holding a 44 Magnum pistol followed by an all too familiar line that was said during the first film;  “This is a 44. Magnum, the most powerful handgun in the world, and it could blow your head clean off.  Do you feel lucky?” The movie begins when a Mob boss Carmine Ricca, is acquitted of the murders of some labor disp
Post a Comment
Read more 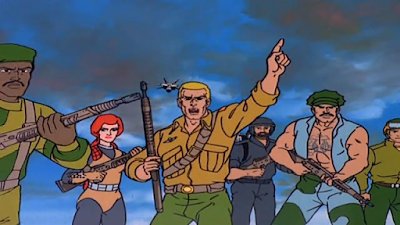 In honor of its landmark 35th Anniversary, heres a callback based on one of the very first aninated toy tie ins for television. I give you G.I.JOE A Real American Hero: The Mass Device Miniseries! Following the success of the G.I.Joe Marvel comicbooks, which often featured a promotional 30 second animated spot , (Y'know, the ones with the cheesy dialog and fun jingles like: "Major Blood is a dangerous foe, trained by Destro the enemy of G.I.Joe...G.IJoooooee a real american hero.."! *ahem* so..the top brass at  Hasbro, Sunbow and Marvel Productions went all in to take the marketing of an iconic toyline to new heights via developing  a Five part series serializing the further adventures of America's highly trained Special Missions force. So, what started as a "30 minute commercial", became an instant phenomenon! Synopsis: Cobra Commander with the aid of Destro, the "ruthless terrorist organization's" weapon
Post a Comment
Read more 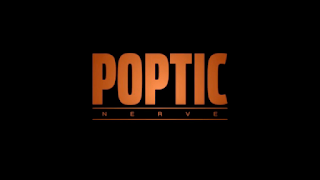 The Topix Trio discuss  last week's  topics of film and pop culture in general. Plus  to commemorate the 5th anniversary of Talkbacker ,  we reflect upon our time at the revolutionary site.
Post a Comment
Read more

In this segment of Netcast, the triumvirate trinity (Rose, Bop and that "guy with the Eye"! formerly of Talkbacker.com give their honest review, critiques of Iron Fist's second season. Is it better second time around? Plus: Movie and TV recommendations now available on the  streaming service!
Post a Comment
Read more
More posts